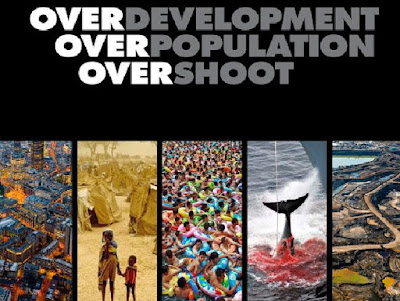 If a major emergency was happening in your family wouldn’t it strike you as a bit strange if no one mentioned it. You would sit down for dinner and everyone would act as though nothing worth discussing was occurring even though you all knew that everyone knew it was.

Isn’t that a lot like the situation we’re in today with our government? Many of us have read the reports that have kept rolling out week by week for the past several years warning us that we’re facing some very real dangers and very tough times in the near future because of climate change.

You don’t have to read many of those reports to understand that a little carbon tax on this or that really isn’t going to be of much help when those climate impacts worsen and interrupt the functioning of our society.

We like to talk of Canada “from coast to coast to coast.” Yet all three of those cherished coasts face real threats that a carbon tax at this point can’t change. That’s not to say that a carbon tax isn’t worthwhile. It is. If it helps cut our use of carbon fossil fuels and thereby cuts our overall emissions that’s great. But it’s no “get out of jail free” card.

So isn’t it time for an adult conversation with our government about what we’ll face over the next twenty or thirty years and what sort of responses we should be considering. Not solutions but responses, a blend of both adaptation and mitigation. The window for effective solutions is probably closed by now.

What will this mean for our country, province by province, and how can we best adapt to what’s coming? How will we have to change? What will be expected of us? What can we do today to protect our grandkids 20 to 30 years from now?

This would be a great time to discuss economics and our stubborn obsession with the pursuit of perpetual exponential growth. We could begin with an open acknowledgement that we live in a very finite world, one that’s already reeling in many ways from decades of excess consumption. We could discuss growth as a double edged sword. We could explore what it’s going to mean for our children and grandchildren when this Ponzi scheme that forms our economic and trade policies collapses under its own weight as all Ponzi schemes must.

It's encouraging that climate scientists have, of late, taken a holistic approach to what ails mankind. One by one they've broken out of their narrow climate change focus to incorporate the challenges of overpopulation and our rapacious overconsumption of resources our world simply cannot sustain.

One by one they're saying that our best, perhaps only hope in the decades to come demands radical change in the way we're organized - industrially, economically, socially and perhaps even politically. There are various proposals but all incorporate an end to neoclassical economics and the obsessive pursuit of growth - perpetual, exponential growth. It's already caused a huge, unsustainable ecological deficit. We're exhausting our biosphere through excess exploitation of resources, including renewables, and the production of destructive levels of waste.

Our prime minister is an adherent of constant growth in GDP. I fault him but only because he's the sitting prime minister. The rest of our political leadership holds the same perspective.

Our best scientific minds tell us that the days of over are over. Those who overconsume must slash consumption. That means the people of the developed nations will have to enter a period of sustainable retreat. As Lovelock put it we have to grow smaller.

Here's a way to maybe get a sense of where we're at. It took almost the entirety of our 12,000 years of civilization to grow our population to one billion. In just two centuries we have grown from one billion to 7.5 billion. Just two centuries. In just one lifetime, my own, the human population has grown from 2.5 billion to 7.5 billion. It has tripled and, given the stats, I've got several years to go.

About those stats. When 1900 rolled around average longevity in Canada was 50. In the U.S. it was 46.3 years. In Canada today the average lifespan is 81 years, an increase of 60% in barely more than one century. One individual life now demands 60% more total resources and generates 60% more waste just by living longer. Only that's not the end of the story.

I remember the early 50s. I was from an average Canadian middle class family. I remember how we lived. How our standard of living has skyrocketed in the post-war era. We live in bigger houses than we had in the 50s and they're climate controlled. We have more cars. We travel. We have more stuff of all descriptions, all the mod-cons. More of the stuff we have is incipient junk - major appliances, for example, that go to the recycling yard after 7 or 8 years. Contrasted to what the average North American of 1900 or even 1950 was like we've become monsters of consumption- and waste - today.

Here's another way of looking at our situation. Post WWII the U.S. population grew by about 100-million. India's population burgeoned by nearly a billion. Yet the environmental footprint of those 100-million Americans roughly equalled that of those extra billion Indians. That's important when you need to see our global dilemma from their perspective.


Global problems, especially of the current magnitude, demand global solutions but that, in turn, demands fairness and equity. Without fairness and equity - good faith and plenty of it - you'll only wind up with bitter finger pointing.

Everybody has to give. We in the affluent economies have to curb our consumption, sharply pare our standard of living while focusing, instead, on improving our quality and enjoyment of life. Yes, you can actually do both.

Those in Asia and Africa have to reverse their overpopulation. They have to sharply pare their overall numbers. It's hard to imagine how that can be achieved peacefully except by mandatory mass sterilization. They've only got two generations, perhaps three, to get back to their immediate post-war numbers. And we can't call on them to do that without a willingness to do our bit.

Keep this in mind. These "sacrifices" sound terrible, ruinous but only until you consider the alternative that waits if we don't implement the measures our scientists unhesitatingly call "radical." They know that our future demands radical action. Half measures are pointless. This neoliberal, globalized order has to be stopped in its tracks.

The ship is sinking and we have to see ourselves as taking to the lifeboats. Lifeboats can hold crew and passengers, officers and stokers, first class and steerage passengers. The officer in command can heed no distinctions. Food and water must be shared equally. The weak must be cared for by the strong.

But our lifeboat is the entire nation and we need rules of organization for the post-neoliberal era. Fortunately those rules already exist. They were formulated during the decades of the Progressive Era. They're every bit as valid today if not even more so than they were a century ago. It's time to revisit the lessons of the past that we so foolishly discarded on our path to calamity.

It's time for an honest, adult conversation with our government.

Well put, Mound. I think you covered all the bases.

My concern lies with the nature or composition of our political party systems..
as that's why Canada was cursed with a Stephen Harper & Ray Novak
and the USA somehow ended up with a freak & creep named Trump as Pres

Perhaps there's rurther analogy or metaphor we can come up with
that's useful in describing the problem.. as I see it.. or you see it..
but I agree and like.. & have lived.. your analogy re around the dinner table..

To further your initial analogy, I think it's like a family in which dad's been having affairs and everyone sort of knows. They all really do avoid saying anything. So long as it's not acknowledge, we can pretend it's not really real. Once we talk about it, then all shit will hit the fan and we're not quite ready to DEAL just yet. Maybe we can drag it out until the kids move away - or longer. And now, suddenly, more people are talking about it. But as long as we focus on that next trip or renovation, our outfits or pets or gardens or movies we've seen, we can just pretend it's all good. Everything's normal. Tra la la.

I'm not just concerned with our political parties - I'm concerned with human nature. We might not start talking until the lovers burst in and force the conversation. If that doesn't happen in our lifetime, or if each drought and flood and collapsing iceberg can be rationalized away, then we might never face it head on.

In my groups, even if we talk about it, and even if we write our MP, the discussion quickly shifts back to the next trip or purchase, oblivious to the irony of it all.


I worry about the increasing prospect that the Canadian people and our leaders will fail to act in any meaningful way and we will find ourselves overtaken by events.

We have been warned, repeatedly, that the cost and disruption of taking the radical measures scientists now call for will be far less than what we'll sustain if we don't act.

Canada is a nation that has significant advantages that few other countries will have to weather climate change impacts. Yet those advantages, if we persist in neglecting them, may slip right through our fingers with the passage of time. We had options in the 60s, 70s and 80s that are now foreclosed.

What we fail to see, and I expect it's for selfish reasons, is that there are steps we can take that will make our youngest generation and the two that follow much better off than if we neglect them. There was a time when leaders and the populace alike didn't discount future generations to the point of irrelevance.

In the vein of Marie's post above, I often wonder if the TV weather reporters have been schooled not to use the words global warming when explaining extreme events. The lack of obvious tie in between global warming, the massive pine beetle kill and today's fires - well the silence is stunning.