As if to erase all doubt that he's barking mad, America's imperial president is again hectoring his own attorney general, Jeff Sessions.

President Trump launched another public assault Tuesday morning on his own attorney general, Jeff Sessions, questioning why the Justice Department chief has not done more to investigate alleged “crimes” by Hillary Clinton and those who have leaked information to the media.

“Attorney General Jeff Sessions has taken a VERY weak position on Hillary Clinton crimes (where are E-mails & DNC server) & Intel leakers!” Trump tweeted at 6:12 a.m. from his personal account, his second Twitter message of the morning.

Rumours are Emperor Trump has his eye on Rudy Guiliani to fill in for Sessions, sort of like Trump's very own Incitatus.

In his first tweet Tuesday morning, Trump wrote about Hillary Clinton: “Ukrainian efforts to sabotage Trump campaign - ‘quietly working to boost Clinton.’ So where is the investigation A.G.”

Trump seemed to be referring to reports that during the election, the Democratic National Committee hired a Ukrainian American Democratic operative, Alexandra Chalupa, to mobilize ethnic communities, including Ukrainian Americans. In 2014, Chalupa had investigated the role that Paul Manafort, who went on to become Trump’s campaign chairman, played in the rise of former Ukrainian president Viktor Yanukovych.

After leaving the campaign in July 2016, Chalupa continued her research. Politico reported that Chalupa said she sometimes shared her findings with officials at the DNC and Clinton’s campaign, but campaign officials said they never received information. The White House has tried to compare this arrangement with the communication that the Trump campaign had with Russians during and after the campaign.

At 6:21 a.m., Trump followed up with another tweet that took aim at the acting director of the FBI: “Problem is that the acting head of the FBI & the person in charge of the Hillary investigation, Andrew McCabe, got $700,000 from H for wife!”

It's rumored that Congressional Republicans, frustrated by Trump's obsessions, have swamped the Congressional library with requests for a classic Disney film, Old Yeller. 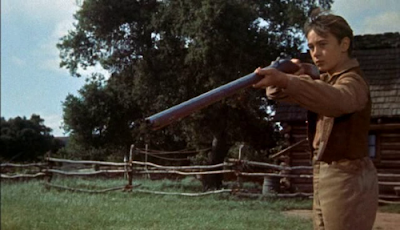 The Madness of King Donald.

My grade three class read the book 'Old Yeller'. The question was "Did you cry when Old Yeller died?" The answer was always "Yes".