Say It Again, Jared. This Time With Meaning. 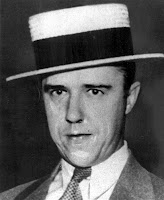 Most media accounts will give you the impression Trump son-in-law, Jared Kushner, testified before the Senate Intelligence Committee for two hours today, asserting that neither he nor anyone else involved in Daddy's campaign "colluded" with those nasty Russians to swing the election to Trump.

Only Jared didn't testify to anyone and what he did say was said behind closed doors. Kushner refused to answer questions under oath and so his protestations of innocence have the probative value of Alvin Karpis claiming he never robbed a bank.
Posted by The Mound of Sound at 1:07 PM

Same thing with Junior and Manafort - no sworn testimony. The GOP's really not taking their investigations seriously at all.

I don't know whether it makes a difference or whether it's correct, but reporters are saying that it would be an offence to lie at these interviews whether under oath or not. The first explanation I heard some days ago was that it would equate to lying to federal investigators. Then today the story was that "federal law makes it a crime to 'knowingly and willfully' give 'materially' false statements to Congress, even if unsworn".