AI, Artificial Intelligence, Comes in More Than One Flavour 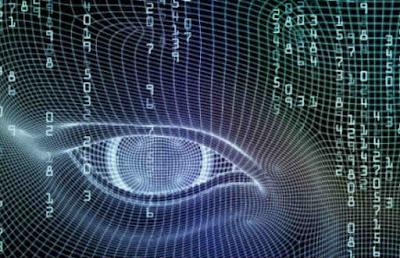 Vlad Putin put the significance of artificial intelligence this way:


“Artificial intelligence is the future, not only for Russia, but for all humankind. It comes with colossal opportunities, but also threats that are difficult to predict. Whoever becomes the leader in this sphere will become the ruler of the world.”

Putin isn't alone. There are plenty of others who see artificial intelligence the same way, as a vehicle for global dominance, a means to shape the world as they would have it.

By some accounts, China may have a strategic lead in the development of artificial intelligence. That should worry us a great deal.  An article in the Asia-Pacific based, The Diplomat, says China's AI work poses yet another threat to liberal democracy.


...in terms of market share within the industry, the leaders in the field include the United States, with around 40 percent of the global market by some accounts, with countries like China, Israel, Germany, Canada and Russia fast catching up.

But market share is just one indicator of capabilities in this realm. Arguably the more important criteria to understand the lead in the domain is possibly the data that one is able to gather. On that count, it is estimated that China is possibly well ahead of the United States, perhaps aided by the fact that privacy laws in many countries, especially democracies, can dampen data access, thus hampering the prospects of AI, as noted by Microsoft President Brad Smith recently.

The fear is that China, not the West, could come to shape and define the future of artificial intelligence systems globally and not as we might want it.

The National Review adds another stark assessment of Chinese AI.


Chinese artificial-intelligence startup CloudWalk Technology signed a deal in March with the Zimbabwean government, providing the authoritarian regime an advanced facial-recognition system that it can use to identify, track, and monitor citizens. In exchange, CloudWalk gains access to the facial data of the demographically distinct country, which provides the company much-needed data for improving its recognition algorithms.

Arrangements such as this are common under China’s Artificial Intelligence (AI) strategy, whereby Chinese private and state-controlled companies take advantage of the weak legal systems and low privacy standards of developing nations as part of the country’s effort to become a world leader in artificial intelligence by 2030.

But the vision of artificial intelligence that China is creating is a thoroughly illiberal one. Constant surveillance of citizens is powering initiatives such as the Social Credit System, which will rate citizens on their social and economic performance, increasing the power of the state to enforce its cultural vision. If liberal governments fail to develop artificial-intelligence strategies that can sufficiently compete with those of China, dire consequences will follow for global democracy.

...But the vision of artificial intelligence that China is creating is a thoroughly illiberal one. Constant surveillance of citizens is powering initiatives such as the Social Credit System, which will rate citizens on their social and economic performance, increasing the power of the state to enforce its cultural vision. If liberal governments fail to develop artificial-intelligence strategies that can sufficiently compete with those of China, dire consequences will follow for global democracy.

Western governments have been rolling out comprehensive AI strategies over the last year, but none fully take into account the geopolitics of AI. The Pentagon is expected to announce its own strategy in the coming weeks and make AI a top priority for the U.S. intelligence community. The U.S. has fallen behind China in a technological race to dominate international applications of AI. Against the illiberal Chinese approach, this new strategy should articulate a global, democratic vision for the technology’s future.

A similar ideological war over technology played out during the Cold War. Concurrently with the American development of ARPANET, the infrastructure that eventually enabled the modern Internet, the Soviet Union developed its All-State Automated System. The lead computer scientist of this competing vision of the Internet was Viktor Glushko, who viewed his invention as a means of resolving the economic-calculation problem, which prevented the efficient allocation of resources from the Politburo and halted the march toward full-throated Communism. Glushko believed that the Russian version of the Internet could resolve their issues with central planning by connecting all people and producing massive amounts of data, leading to indefinite Soviet rule.

The project ultimately failed due to bureaucratic infighting among the Soviet high command, and the West’s free vision of the Internet prevailed. It would be a mistake, however, to believe that a free vision of artificial intelligence will inevitably come to dominate as well.

... AI is an optimization technology, meaning it carries out defined tasks as efficiently as possible. If the goals it is given are set by consumer interests, it has the potential to be one of the most profoundly beneficial technologies ever invented, transforming fields as diverse as transportation, healthcare, education, and energy. If its goals are set, however, by illiberal regimes, it can be used to usher in an era of repression, surveillance, and control.

When Western countries set domestic regulations for technology, this geopolitical consideration should be a priority. Recent developments in the European Union — such as the General Data Protection Regulation (GDPR), which limits the ability of companies to use consumer data for research, and repeated antitrust suits against Google — have pushed investment away from a place where liberal values can play a role in development. That investment instead flows to places where illiberal values dominate. The future of free societies may depend on articulating a vision of AI that reflects liberal values.

What worries me most about artificial intelligence is not governments but corporations. Although neither can be trusted, corporations use AI to steal our data and reach into our wallets. Witness the recent fuss over Facebook.

A healthy Internet would be technically open source, distributed and encoded. What that means is that privacy on the Internet should be as safe and secure as letters used to be in the Post Office. It would also mean that there would be no personal data for corporations to exploit.


I'm afraid, Toby, that privacy is extinct. Yes the corporate sector has exploited the situation but what they really exploited was our cavalier indifference to it. We have failed to grasp that the right to privacy lies at the heart of most other rights and freedoms.