This Could Send Trump Running Amok 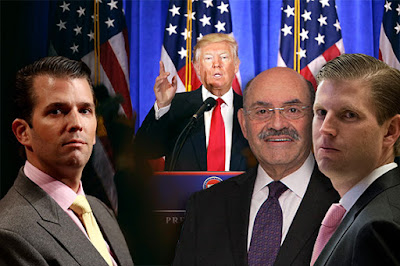 What a week this has been for the Mango Mussolini. Cohen cops to eight felonies. Manafort convicted of eight felonies. Trump bestie, media mogul David Pecker, strikes an immunity deal with federal prosecutors.

Now it's Allen Weisselberg's turn to get under the federal immunity umbrella.

Allen Weisselberg, the longtime chief financial officer of the Trump Organization, entered an immunity deal with federal prosecutors in exchange for his testimony about Michael Cohen, the Wall Street Journal reported on Friday.

...Weisselberg’s knowledge of the inner workings of the Trump Organization may be second only to Trump’s. He has served as executive vice-president and chief financial officer of the organization for decades. After he was elected, Trump said he was leaving the business in the hands of Weisselberg and his sons.

Following college, Weisselberg worked as an accountant for real estate magnate Fred Trump in the 1970s.[6] By the late 1980s, he was controller of the organization and worked under CFO Stephen Bollenbach.[5] In 2000, Weisselberg was named chief financial officer and Vice President of Trump Hotels & Casino Resorts. He also served as treasurer of the Donald J. Trump Foundation, and has handled the household expenses of the Trump family.[7][5]

On January 11, 2017, it was announced that Weisselberg would serve as a trustee at the Trump Organization alongside Eric Trump and Donald Trump Jr. while Donald Trump serves as President of the United States.[4]

On April 4, 2017, a report by ProPublica revealed Eric Trump was degraded from a trustee to an adviser to the trust, leaving Trump Jr. and Weisselberg as its sole trustees. The report clarifies that the only people who know the details of the Trump trust's finances are its trustees.[1]

Weisselberg arranged for the Trump Organization to pay Michael Cohen a $35,000 monthly retainer fee following Cohen's hush money payments to adult film actress Stormy Daniels.[7] The Wall Street Journal reported on July 26, 2018, that Weisselberg had been subpoenaed to testify before a federal grand jury regarding the Cohen investigation.[8]

Trump's attempts to derail the Mueller investigation by replacing Jeff Sessions with a more malleable (i.e. "corruptible") Attorney-General may now be too little/too late. New York state Attorney-General, Barbara Underwood, is fast closing in on the Trump Foundation charity, the Trump Organization (the business operation) and Trump's family - Ivanka, Don. Jr., and Eric, along with aides including Weisselberg, Lewandowski and others. Replacing Sessions, in other words, won't stop Trump and family's woes. 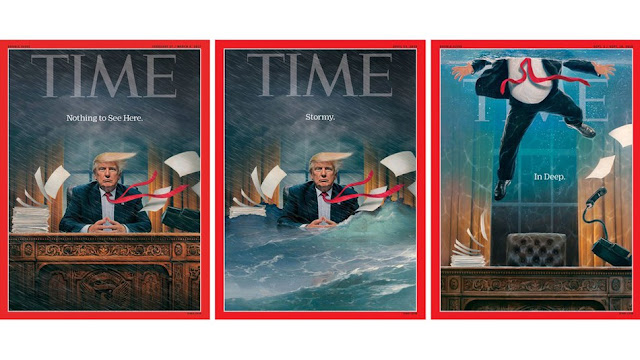 One by one, Mound, the dominoes are falling. One wonders if Trump will have a breakdown.


I think the Weisselberg immunity deal is the worst of all the setbacks Trump has sustained this week.

If Weisselberg did a deal on the Cohen business that can only reinforce Trump's involvement in the felony.

Weisselberg is not willing to go to jail for Trump which suggests, now that he has broken Omerta, he will have a hard time not spilling what he knows about the campaign, the Trump Foundation and the Trump Organization - all of which could hold criminal jeopardy for Weisselberg.

I think he'll be busy with the Mueller investigators, prosecutors from the New York Southern District and the State Attorney General. Trump knows what Weisselberg knows from his half century of working for the Trump family.


What I've read lately is that both New York and federal prosecutors now have enough evidence to obtain Trump's tax returns. It seems Trump really didn't have a good lawyer (Cohen), a good accountat (Weisselberg) or a good BFF (Pecker), when they hatched the plan to buy off these women.

As Trump is now directly implicated in the same crime that Cohen pleaded guilty to, Weisselberg's cooperation/immunity deal pretty much tears it between AW and Trump. He is, to use Trump's parlance, a "rat." That makes it hard to imagine that Weisselberg won't cooperate on the Trump Organization and Trump Foundation skulduggery if only to save his own skin from prosecution.


I suppose Trump won't be getting those Time covers framed for display at his golf resorts.