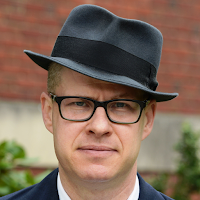 The once reliably Republican pundit, Max Boot, now says Trump should not be in the White House but rather the Big House, the Greybar Hotel. Boot even channels Oliver Cromwell.

The Manafort charges of tax and bank fraud do not directly implicate the president, but they do vindicate the special counsel, Robert S. Mueller III, showing that his inquiry is no “Rigged Witch Hunt” but a serious investigation that has produced 35 indictments, six guilty pleas and one conviction. No special counsel has done more, faster. If Manafort had been found not guilty, it would have been a massive blow to Mueller. Because he was found guilty, it is a blow to Trump.

But not nearly as a big a blow as Cohen’s admission under oath that he violated federal campaign laws by arranging illicit payments to adult-film star Stormy Daniels and Playboy playmate Karen McDougal “in coordination with and at the direction of a candidate for federal office.” For the first time since Watergate, the president is now an alleged co-conspirator in the commission of a federal crime. As Cohen’s lawyer, Lanny Davis, said, his client “testified under oath that Donald Trump directed him to commit a crime by making payments to two women for the principal purpose of influencing an election. If those payments were a crime for Cohen, then why wouldn’t they be a crime for Donald Trump?”

.
..In short, there is growing evidence that the president is, to use the word favored by Richard Nixon, “a crook.” Even buying the silence of his reputed playmates could by itself have been enough to swing an exceedingly close election decided by fewer than 80,000 votes in three states. Trump certainly would not have authorized the payments unless he thought it was politically imperative to do so. There is also considerable evidence, as I previously argued, that Russia’s intervention on Trump’s behalf affected the outcome. Even more than Nixon, Trump is now an illegitimate president whose election is tainted by fraud.

The inevitable question is: Now what? If Trump had an iota of decency, he would resign — but he doesn’t, and prevailing Justice Department guidelines hold that a president can’t be indicted while in office. So the onus is on Congress to act. A responsible Congress would have by now already convened an impeachment inquiry. But that is not the Congress we have. We have a Congress dominated by political hacks and moral invertebrates who are determined to act as the president’s enablers and legitimizers at all costs.

...But the far more serious crimes of Trump’s congressional supporters do not involve personal peculation. They involve violating their oaths of office by failing to hold the president accountable for misusing his office. Some, such as Rep. Devin Nunes (R-Calif.) and Rep. Jim Jordan (R-Ohio), have gone much further by actively attempting to impede the Justice Department investigation into Trump’s alleged misconduct. They have become, in a moral if not legal sense, accessories to obstruction of justice.

And they have gotten away with it because the congressional leadership has allowed them to do so. Judging by House Speaker Paul D. Ryan’s (R-Wis.) cowardly and cautious statement on Tuesday — “We are aware of Mr. Cohen’s guilty plea to these serious charges. We will need more information than is currently available at this point” — there is no sign that the Republicans in Congress will ever provide any serious oversight of the Republican in the White House.

The voters of the United States must now say to this Congress what Oliver Cromwell said to the Rump Parliament in 1653: “Ye are a factious crew, and enemies to all good government. . . . Ye are grown intolerably odious to the whole nation. You were deputed here by the people to get grievances redressed, are yourselves become the greatest grievance. . . . Go, get you out! Make haste! . . . In the name of God, go!”

AntiRacist Canada is a must read today.

Max Boot is one of the most notorious neoconservatives in Washington. He STILL believes the Iraq War was justified, and if he had his way there would be American ground troops in Syria and Iran, and we would be preparing for WW3 against Russia. I'm a leftist who voted for Sanders, but if it comes to a choice between living in an America governed by Trump or by the likes of Max Boot, I will stick with the man who, yes WAS democratically elected, however much Boot and his deep state fellow travelers hate him.