An Indictment of Our Prime Minister and Many of Our Premiers 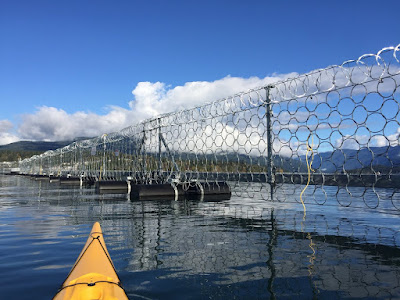 ‘Politicians who think they can solve the climate change crisis by expanding hydrocarbon production have become terrorists in our communities, anarchists in our oceans and arsonists in our forests.’

The Canadian journalist who knows more about western energy politics and the Athabasca Tar Sands than all others, Andrew Nikiforuk, is calling out every petro-pimp politician in the country from our prime minister on down.

On Saturday, a group of Canadian writers protested the federal government’s purchase of the Trans Mountain pipeline with a public reading attended by almost 200 people.

Novelist Margaret Atwood also contributed to the event with a short and pointed statement that warned that “Canadian taxpayers are now unwilling participants in a potentially ocean-killing project that ignores Indigenous rights… Human life on earth cannot survive dead oceans.” All the submissions to the event — some 150 pieces by writers and poets across the country — will be sent to the prime minister.

The protestors, most of whom were women, all risked going to jail for 14 days.

But Kinder Morgan did not file a complaint with the RCMP about our action. A foreign corporation decides when the law is broken on Burnaby Mountain, and the idea of telling the police to arrest one writer and several courageous women apparently didn’t appeal to Kinder Morgan that day. So there were no arrests Saturday, although 220 people have been arrested since protests began.


Writers, by their trade, work in isolation and often live comfortable lives.

If they have one duty — one soulful commitment — it is to serve truth and freedom.

These duties, as Albert Camus often reflected, can be arduous.

He added that “the great citizens of a country are not those who bend the knee before authority but rather those who, against authority if need be, are adamant as to the honour and freedom of that country.”

I am here today to defend liberty and freedom, and I am here to defend the rights of Coast Salish people and the residents of Burnaby to protest an egregious pipeline.

The Canadian government has bought this leaky steel pipe from a corrupt Texas company with taxpayers’ money.

To defend its purchase the government has lied about the economics.

There is no Asian price premium for bitumen and there never will be. Bitumen is junk crude and it is priced as cheap refinery feedstock around the world.

Our government has also lied about its abilities to clean up bitumen spills in the ocean.

And it has lied to the Canadian people about the consequences of expanding fossil fuel production, which now directly feed the wildfires that are consuming our treed landscapes and poisoning our watersheds.

Politicians who think they can solve the climate change crisis by expanding hydrocarbon production have become terrorists in our communities, anarchists in our oceans and arsonists in our forests.

They are behaving like crazed firemen who think they can fight fire with gasoline.

Our children, who can see the moral hazard clearly, are now living with the flames and carbon-filled skies.

Our government now thinks it is serving justice by arresting and jailing a 75-year-old citizen and recipient of the Order of Canada who merely exercised her civic duty to protest the construction of an unnecessary pipeline.

Our Crown prosecutors have argued for longer and stiffer jail times — without shame.

Now, before you dismiss this is a smear against Trudeau, it's not. I have no illusions that the Conservatives would be any different. Notley, meanwhile, has shown that a New Democrat won't hesitate to join the ranks of the petro-pimps. I take it on faith (for what 'faith' is worth) that the Greens would not cross that line but I can't be sure.

What I do know is that I and many like me are on one side of that line and most of our political leadership, for that matter most Canadians, are on the other side. You can't pretend on this one. You can't pretend you're on our side of the line if you support the Liberals or the Conservatives or even the New Dems. If you back those parties you've chosen the side of what Nikiforuk calls the terrorists, the anarchists and the arsonists.

Sorry, but some times you just have to choose.

I have posted your article on another site.