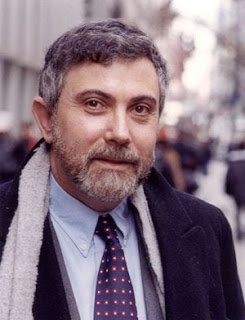 Paul Krugman writes that democracy in America will be won - or lost - in the November mid-term elections. If it is lost, it's probably gone for good.


Soon after the fall of the Berlin Wall, a friend of mine — an expert on international relations — made a joke: “Now that Eastern Europe is free from the alien ideology of Communism, it can return to its true historical path — fascism.” Even at the time, his quip had a real edge.

And as of 2018 it hardly seems like a joke at all. What Freedom House calls illiberalism is on the rise across Eastern Europe. This includes Poland and Hungary, both still members of the European Union, in which democracy as we normally understand it is already dead.
In both countries the ruling parties — Law and Justice in Poland, Fidesz in Hungary — have established regimes that maintain the forms of popular elections, but have destroyed the independence of the judiciary, suppressed freedom of the press, institutionalized large-scale corruption and effectively delegitimized dissent. The result seems likely to be one-party rule for the foreseeable future.

And it could all too easily happen here. There was a time, not long ago, when people used to say that our democratic norms, our proud history of freedom, would protect us from such a slide into tyranny. In fact, some people still say that. But believing such a thing today requires willful blindness. The fact is that the Republican Party is ready, even eager, to become an American version of Law and Justice or Fidesz, exploiting its current political power to lock in permanent rule.

...We’re currently sitting on a knife edge. If we fall off it in the wrong direction — specifically, if Republicans retain control of both houses of Congress in November — we will become another Poland or Hungary faster than you can imagine.

...A year ago it seemed possible that there might be limits to the party’s complicity, that there would come a point where at least a few representatives or senators would say, no more. Now it’s clear that there are no limits: They’ll do whatever it takes to defend Trump and consolidate power.

This goes even for politicians who once seemed to have some principles. Senator Susan Collins of Maine was a voice of independence in the health care debate; now she sees no problem with having a president who’s an unindicted co-conspirator appoint a Supreme Court justice who believes that presidents are immune from prosecution. Senator Lindsey Graham denounced Trump in 2016, and until recently seemed to be standing up against the idea of firing the attorney general to kill the Mueller investigation; now he’s signaled that he’s O.K. with such a firing.

But why is America, the birthplace of democracy, so close to following the lead of other countries that have recently destroyed it?
Don’t tell me about “economic anxiety.” That’s not what happened in Poland, which grew steadily through the financial crisis and its aftermath. And it’s not what happened here in 2016: Study after study has found that racial resentment, not economic distress, drove Trump voters.]

The point is that we’re suffering from the same disease — white nationalism run wild — that has already effectively killed democracy in some other Western nations. And we’re very, very close to the point of no return.

Krugman understands who Trump and the Republicans are, Mound. And he is not overstating the danger.


I wish it was hyperbole, Owen.

When I was a kid out in the sticks there were bughouses all over the place. I remember some guys would entertain themselves by taking a shovelful from one of them, insert it into another, and then stand back and watch the ensuing chaos as the bugs in the host bughouse reacted to this disruption of their well-ordered existence and the newcomers reacted to their forced displacement. The disruptors were particularly eager for the opportunity to observe the patterns of adaptation that would occur in the experiment when the shovelful of displaced bugs could be drawn from a bughouse inhabited by red ants, whose houses were in the minority in our particular zone of the sticks.

Krugman is an hysterical idiot who never saw a major war crime or Wall Street bailout he didn't love just so long as they are being perpetrated by his beloved Democrats. American "democracy" has been steadily dying since 9/11, and Krugman is a good example of the type of arrogant, clueless Washington insider who has done so much to help kill it.