Hey, This Just In... Extreme Weather Gonna Get More Extreme. Crimes Against Humanity. 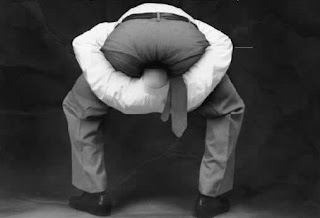 I know, this sounds a lot like the other blockbuster reports from last week and the week before that and all the weeks before those weeks. Sitting here at my keyboard as I see the smoke setting in on my street from the wildfires ravaging British Columbia, as work is about to resume on the Justin Trudeau Memorial TransMountain pipeline, it does seem fitting to get into yet another research report. Just a reminder of the death and dislocation these petro-pimps are visiting on our world.

Summer weather patterns are increasingly likely to stall in Europe, North America and parts of Asia, according to a new climate study that explains why Arctic warming is making heatwaves elsewhere more persistent and dangerous.

Rising temperatures in the Arctic have slowed the circulation of the jet stream and other giant planetary winds, says the paper, which means high and low pressure fronts are getting stuck and weather is less able to moderate itself.

The authors of the research, published in Nature Communications on Monday, warn this could lead to “very extreme extremes”, which occur when abnormally high temperatures linger for an unusually prolonged period, turning sunny days into heat waves, tinder-dry conditions into wildfires, and rains into floods.

Here's something to consider. All the "carbon pricing" gimmicks in the world aren't going to change any of this. Trudeau's talk is pure bullshit when he pursues his perverse project to flood world markets with the most toxic, highest-carbon ersatz petroleum of them all - bitumen. Just because the foul death sludge is shipped elsewhere that doesn't take us off the hook. Increasingly this is being seen for what it is - a crime against humanity.

“This summer was where we saw a very strong intensity of heatwaves. It’ll continue and that’s very worrying, especially in the mid-latitudes: the EU, US, Russia and China,” said one of the coauthors, Dim Coumou from the Potsdam Institute for Climate Impact Research. “Short-term heatwaves are quite pleasant, but longer term they will have an impact on society. It’ll have an affect on agricultural production. Harvests are already down this year for many products. Heatwaves can also have a devastating impact on human health.”

Circulation stalling has long been a concern of climate scientists, though most previous studies have looked at winter patterns. The new paper reviews research on summer trends, where it says there is mounting evidence of planetary wind systems – both low-level storm tracks and higher waves in the troposphere – losing their ability to shift the weather.

...A separate new paper in Scientific Reports indicated that the trapping of planetary airstreams – a phenomenon known as amplified quasi-stationary waves – also contributed to the 2016 wildfires in Alberta, which took two months to extinguish and ended as the costliest disaster in Canadian history with total damages reaching 4.7bn Canadian dollars.

However, scientists are also concerned that slowing circulation could produce “surprises”, by amplifying other climate changes.

“Simple warming is well understood in climate models, but scientists are trying to understand non-linearities, how climate change effects interact with one another and how feedback processes are involved,” said Coumou. “Non-linearities can rapidly change weather conditions in a given region so you get more abrupt changes.”

... “What happens in the Arctic doesn’t stay in the Arctic. By upsetting the energy balance of the planet we are changing the temperature gradient between the equator and the pole. This in turn sets in motion major reorganisations of the flow patterns of the atmosphere and ocean,” said Chris Rapley, professor of climate science at University College London. “The consequences are emerging and they are disruptive, and likely to become even more profoundly so. We are on a journey and the destination doesn’t look good.”

British Columbia is in a province-wide state of emergency as it battles more than 500 wildfires with no end in sight. Yet the rest of Canada is in an undeclared state of emergency. Killer heatwaves, drought, flash floods. Ten years from now you'll look back wistfully at the brutal summer we're having right now. And, when the Justin Trudeau Memorial TransMountain Pipeline comes to mind, you'll ask, much too late, "what the fuck was he thinking?"
Posted by The Mound of Sound at 8:33 AM

Yeah, our political class is complicit.


They sure as hell are, Toby, and that includes our pretty boy prime minister.