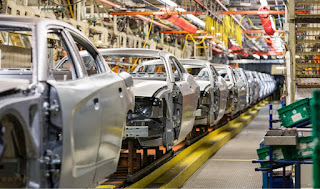 It sounds as though we're about to get some lessons in just how little sovereignty Canada still has.

Reports are circulating that Mexico is about to ink a new trade deal with the US. Canada, which insisted on no NAFTA talks that did not include Mexico, might have been done in by the Mexicans and the Americans. If the rumours are accurate, we might be left bargaining from a position of real weakness.

That's the thing about Trump. To him, injury is just the steak. Insult is the sizzle.

Also on the chopping block will be Obama's auto fuel-efficiency standards adopted at the end of the Harper administration. Canada piggybacked on Obama's initiative, Harper crowing about the great things Ottawa was doing in the fight against climate change. Now it may fall to Trudeau and his hapless enviro-min, Dame Cathy, to dutifully follow Trump's lead.

Environment and Climate Change Minister Catherine McKenna on Monday released a discussion paper that kicks off an evaluation of the existing 2022-25 vehicle regulations, which were put in place in partnership with the previous U.S. administration in 2014. The commitment to a midterm review was included in the 2014 regulations, when Ottawa did not anticipate a U.S. administration reversing direction.

In a review this spring, the Environmental Protection Agency concluded those standards are not appropriate because they would drive up costs to the industry and motorists. Earlier this month, the Trump administration proposed freezing fuel-efficiency regulations at 2020 levels, and declared California no longer has the right to set its own standards, a decision that state has vowed to fight in court.

Canada should adhere to a single U.S. standard if there is one and make it continental, said Mark Nantais, president of the Canadian Vehicle Manufacturers Association, which represents the Canadian units of the Detroit Three – Fiat Chrysler Automobiles NV, Ford Motor Co. and General Motors Co.

Wouldn't that be hilarious if Trudeau folded, backpedaled on an environmental initiative Harper begrudgingly introduced? The Tories will be laughing so hard they'll be peeing themselves.

Trudeau can only pray for a Blue Wave in the November mid-terms, something, anything to stop Trump's sadistic rampage. What if the Democrats don't prevail or, if they do, they still don't ride to our rescue? What if, heaven forbid, we're left to the iron resolve of prime minister "fold like a cheap suit" Trudeau and his feckless cabinet?
Posted by The Mound of Sound at 11:11 AM

Soooo! What do you think the Converbs would have done regarding NAFTA? Anyong


They would do what Harper said Canada should do - obey.

The Courts have consistently blocked the Insane Clown POSus's attempts to be king.

CARB will be no different.

Automakers make all models to CARB standards, because California's the largest market in the US, and there's no longer any cost savings in making two different models.

BTW, I discount the Mexico/NAFTA leaks, because they are coming from the Trumpists, not the Mexicans. They lie about everything, 100 different lies a day, and there's a whole MSM/Con/antiTrudeau industry set up to amplify the "rumours".

As an example, AntiRacist Canada has demonstrated a dozen times, through their own posts and words, that Storm Alliance are Nazi's. Instead, even the CBC calls them "anti-immigration activists", while calling refugees fleeing brutal violence, "illegal immigrants".

All to frame Con talking points.