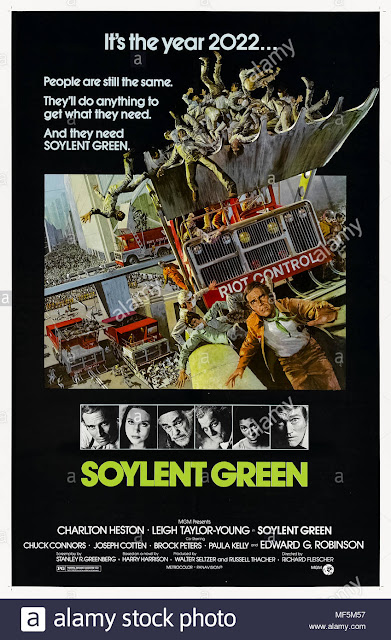 It's bad enough that they're old and needy. Now they're a damned threat to the nation. Seniors are cashing in their chips and foreign investors are moving in to buy what's for sale.

Leading economists, such as the Wharton School’s Jeremy Siegel, predict that, just as American baby boomers are increasingly selling stock in U.S. companies to fund their retirement, foreign investors from emerging markets such as China and India are increasingly buying those stocks. That’s because, almost exactly as many Americans are cashing out, these foreigners are buying in, a trend reflected in their countries’ significantly higher domestic growth rates and per capita savings rates. Siegel and others predict that, as a result, by the middle of this century many U.S. companies will be majority-owned by non-American investors. These economists thus predict that majority ownership of key U.S. businesses—as well as leading European and Japanese businesses—will be in the hands of foreigners from emerging markets.

This is a very different kind of shift to foreign ownership from what the CFIUS review process has focused on for decades or would be prepared to tackle even under the proposed reforms. Thousands—even millions—of different foreign individuals, corporate entities, and investment funds will own small stakes in U.S. companies, with each individual investor’s holdings staying below the threshold that typically triggers U.S. government scrutiny through the CFIUS process (or otherwise). In turn, these many slow, small asset transfers do not raise the same types of national security concerns implicated in multimillion- or multibillion-dollar investments in (or purchases of) U.S. businesses by foreign entities of the type that made headlines recently when President Donald Trump blocked a proposed foreign purchase of the U.S. tech company Qualcomm. Those concerns generally include threats to the integrity of critical infrastructure, of corporate intellectual property, of military capabilities and readiness, and, ultimately, of U.S. technological advantages.

If (more likely, when) a majority of shareholders of Apple, Google, and IBM are non-U.S. people or entities, the composition, vision, and strategic direction of those companies could well change. Such companies, for example, might be more willing to enter into partnerships or joint ventures with dubious foreign businesses; pursue additional sales or expansion into foreign markets, raising national security concerns; or enter into strategic relationships with hostile foreign governments. Those companies also might be more aggressive in challenging lawful U.S. processes such as criminal or foreign intelligence-related subpoenas served on them by the U.S. government, and they might be more willing to make security or other concessions to foreign governments, including even greater openness to the intrusive requirementsof Beijing and others. And shareholder voting—from the election of board members to proposed corporate changes, including the fundamental alteration of corporate structure and mission—could yield results at odds with U.S. strategic interests. That could even happen not because of deliberate foreign influence over such decisions but simply because of the different perspectives and priorities of foreign, as opposed to U.S., shareholders. Indeed, one of us has written previously about the national security implications of leading U.S. tech companies’ increasingly (and now overwhelmingly) non-U.S. user base. Non-U.S. shareholders pose yet another complex challenge.

Well that explains why with absolutely no upside the U.S. market has gone into a death spiral 50% correction to its real value. Between October and February I reduced my U.S. holdings to 5% and have made almost enough to pay a years living costs by not losing money but I have been wondering why it hasn't corrected more.

regarding our first two sentences, yes us crippled, over 50 old geezers are most of the problem. Here are a few of my best guesses of what we cost the world. God help us if young people actually figure this out.

1. We eat half the worlds food because we can afford it as most of us live in rich countries.
2. We burn at least half of the fossil fuels each year keeping toasty warm and because it is our god given right.
3. We waste at least 75% of those fuels on unnessessary travel in big vehicles especially motor homes and planes
4. we vote for parties that would never take away our "right" to the good life hell I would sooner let 6 year olds vote for whoever would give them the most ice cream it has to better than what we have now.

I better stop before too many youngsters figure out how useless and a burden we are. I was starting to think taxes lol.

There are 6 million retired people in Canada. 15% of elderly single retired individuals live in poverty in this country. That equals 900,000 living in poverty...we ought to be ashamed of ourselves. The Trudeau government promised an increase in OAS and has not addressed this promise. Instead, they raised the GIS by a few percentage points which can be negated by any incoming Federal Government. Our off spring are doing exactly the same thing you have presented here Mr...12:12 Am. Anyong

It's the outsiders who will reap the spoils. It is we -- wittingly or unwittingly -- who will do ourselves in.