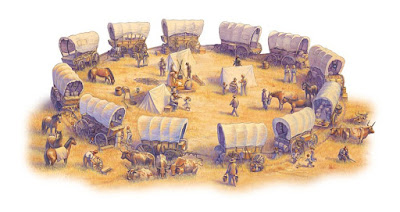 In Tokyo, Maas presented the Japanese leader with his idea for a new alliance between states. It could fill the geopolitical vacuum created by Trump. In the coming months, a network of globally oriented states is to be created that closely coordinates its foreign, trade and climate policies. "We need an alliance of the multilateralists," says Maas -- which is to say, an alliance that stands for the global rules and structures of the postwar order that Trump rejects. "It's better to bend than break" would be the wrong maxim in these times," Maas argues.

The outlines of the German government's new anti-Trump strategy are currently being sketched out. The German Foreign Ministry has been doing preliminary work on it for some time now. Maas's predecessor, Sigmar Gabriel, had already assigned the task of redefining the relationship with the U.S. in the period following the Republican president's election. In the planning division, papers had to be constantly revised to reflect the U.S. president's latest tweets.

But now a clear goal has emerged. If that hadn't been the case before, the Brussels NATO summit -- where the U.S. president threatened to withdraw from the Western defense alliance -- and his later description of the European Union as a "foe," cemented the conviction in Berlin, Brussels and Paris that alliances mean nothing to Trump. The U.S. has transformed from a "source of order" into a "destroyer of order," according to sources within the German government.

At the Foreign Ministry, the idea of forming a network of Western-aligned countries "that stands for reason and adherence to the playing rules, and won't back down when faced with protectionism and egoism" is taking shape, according to Maas. "We need a strategy, and we need allies."

Maas will, perhaps inadvertently, smoke out our hopelessly weak-knee'd prime minister, the Dauphin, Justin Trudeau. It's obvious that this alliance will not include the United States. The US is the main (but not only) reason Maas wants to forge this alliance. The whole point is to bolster liberal democracy. Trump will see this as an affront. He punishes those he feels have slighted him. What better way to hammer Canada than on NAFTA? Trump has Trudeau pegged. He's called our prime minister "weak" and that's arguably true, a rarity for Donald J. Trump.

This is a critical initiative at an extremely critical moment in time and we've got the wrong Trudeau at the helm.

.. sounds like a useful proposition ..
Create a working group with a directive to get this rolling or fast tracked.. Ignore the USA and Trump for now. If they ever come to their senses.. they could apply.. but talk about a long shot.. a fading colonial shite disturber, with armed forces in 72 countries currently.. and what, a trillion dollar 'defense' budget.. ? To defend exactly what ? The American mainland ? Nope, they have all sorts of entities embroild on that file.

How is Puerto Rico doing ? Clean water in Flint ? Forest fires everywhere.. a scandal ridden government lurching from one disaster to another.. and a country club president, propped up by a tottering GOP, Sean Hannity, Newt Gingrich & Fox TV. all sellouts around the thug.. to Big Energy & addicted to donor dollars, who want into the National Parks & Monuments for fracking.. and an end to Endangered Species legislation. Pro football, msjor league baseball & the NBA plus NHL all sold their souls to military marketing contracts.. thus the endless barrage of flyovers, giant flags.. Welcome to the Military Machine ! And no kneeling !

Trump is a perpetual liar.. last night flat out lied re the price pf soya bean.. its crashing.. everything that he farts out is a big damn lie.. so work around the lying thug.. forge some new progressive deals.. and fly straight in Canada ! Get Canada back to basics plus work on renewable energy.. solar and wind primarily. As far as oil or LNG or Dilbit, Canadians are no closer to affortable 'Energy Security' than we were pre Stephen Harper. Its always about the easy low yield of just selling it elsewhere for ever shrinking royalties which are always preceded by constant subsidy - to foreign owned multinationals ! The current deal for LNG is a ludicrous case study in bad business. We will basically give it away, plus provide up front subsidies, discount electricity for export out of Kitimat.. to somewhereville. Remediation ? Surely you jest. BC and Alberta are intent on getting any and all natural gas to Kitimat for liquifaction and export.. just as Dilbit scars will never be remediated, that's just a frightening scam.. with a tiny herd of buffalo as a PR fantasy

Where are our secondary industries going ? Re lumber, wild fisheries, resource processing, tourism, auto industry, aviation, communication, region by region ? Is it all to be off-shored or cater to cheap temporary foreign workers ? Where is hard ass mainstream media ? Or the 'Loyal Royal Opposition' ?

Reminds me of a Pete North pro-Brexit blog post he wrote, got called out on, and deleted, where he argued that the massive cull and destruction of 3 generations careers, savings and pensions from a hard, fast Brexit would be "worth it", because Britain has grown "soft" and needs some of that "Blitz" spirit.

Like it or not, but the Canadian Economy and jobs are massively dependent on trade with the US.

You don't blow that up for petty political shade.

If Putin's Meatpuppet Potus blows it up, that one thing, but you don't egg him on with petty games.

It takes a long time to shift trade, and Trudeau's working on that.

Whilst Trudeau is weak a Conservative government would roll on it's back to have Trump tickle is belly.

Be careful what you wish for.

Trudeau's not "weak", that's Con framing from people who want a "Mini Putin Meatpuppet" in the Great White North.

Passing the NAFTA Amendments, requires the same thing, If it's a good deal, it will get 80+ votes, and be sent to Treason Tribble to sign. If he doesn't want to sign it, they can make him, or ignore him.

Trudeau knows that. Scheer doesn't even know the US has a Senate.


Jay, Trudeau's not working to "shift trade." He's proclaimed himself a devout free trade globalist, even said that was his primary objective. And he is weak. He folded on Energy East. He's buckled on his own carbon pricing initiative before the first shot was fired. Pretending he's something he plainly isn't won't change anything.

Canada-EU, TPP, ( funny, years and years in negotiation, passed almost immediately after the US pulled out and their horrible policies ripped out), crapload of trade missions,..... carefully targetted counter sanctions against the US,

Hate to point this out to you, but trade is "global". The supply chains are global.

What TPP shows, is that with the US being isolationist, Labour and Environmental protections, Soverignity based dispute mechanisims can be added to "Free Trade" deals.

Resources are no longer fixed in place. BC Salmon get processed in China and Vietnam and shipped Globally.

The digital age allows billion of dollars to move halfway across the world in the blink of an eye.

In the EU, the Shenigan Zone allows free movement of labour, while in the ROW, exploitive visa systems are used to exploit foreign workers and keep wages down.

Yeah, Trudeau could be better, but he's 1,000,000 times better than Scheer, the Dippers made themselves irrelevant after Jack Layton, and the Green's don't exist.


Jay, try not to go out of your way to be such a butthole.

"Hate to point this out to you, but trade is "global". The supply chains are global."

Really, Jay? Hate to point this out to you, Jay, but this gratuitous crap isn't needed here.

Not sure Japan's the right venue for talking about liberal democracy. They've had the same conservative party in power for all but five of the last 63 years. It's effectively a one-party state.

Like many places, they are a Liberal Democracy on paper with some "weighting". MacArthur's creation of a Japanese Government from the less tainted members of Japans last WWII "elected" Government and the WWII Industrialists, had/has long legs.

They are 0.10 points down from the US in the second tier of the Democracy Index.

You expend a lot of empty words calling the Liberal Government variations of "weak" on Trump, NAFTA and US Trade and relations with out ever saying what what you would prefer they do,

Eg, USBP boarding of Canadian Fishing boats in the disputed waters in violation of past agreements.

Do you want them to send in the Royal Canadian Navy with Rules of Engagement, to escort the fishing boats?

Armed RCAF CF-118's alert on the tarmac at Baggotville with permission to engage?

Justin learned bfr Carrot top that one cannot sign a free trade deal with China without opening the Cdn. market up to 'thoughts of Xi' vulnerability. He in turn was quick to sign the TPP which never adequately protected our Auto supply chain source NAFTA arrangement. Perhaps this is why Carrot top wants it scrapped. NAFTA needed to be dealt with bfr. Now we can't go back and augment the TPP in order to save NAFTA and therefore our auto industry supply chain. That would take forward thinking which goes beyond selfies.