Populism, Xenophobia and Racism Aren't the Only Threats to Liberal Democracy 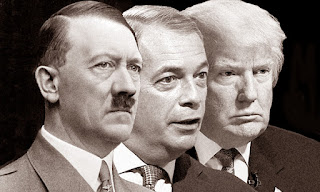 This is an opinion piece. This is my opinion. I haven't researched this at depth but I've taken a long time to come to my conclusion and I think I'm right.

Here goes. The greatest threat to liberal democracy is the mutated form of politics that has beset us in the era of neoliberalism. The political caste has detached itself from the populace. They serve other interests now in priority to the public interest and that includes their own interest.

Jeffrey Sachs captured this modern dysfunction in one line:


Politics is about obtaining and holding power and the perks of office, not about solving problems, even life-and-death environmental problems.

Trudeau is a poster boy for this dynamic. He swept the Liberals to a come-from-behind majority with great promises that resonated with the frustrated electorate only to effortlessly jettison those solemn promises like dandruff brushed off his shoulder to focus, instead, on holding power and the perks of office.

This is not to suggest that Trudeau is alone, some rogue leader. No, not at all. We see similar self-serving antics in Whitehall, Washington, Paris and other Western capitals. What concerns me is that this approach to governance, this breach of the implied covenant with the populace, is a knife sunk very deep into the back of liberal democracy. Decisions, plainly made to serve the interests of those we empower to make decisions, betrays the covenant and undermines our connection to the state. Why bother? Why not listen to the next fast-talking hustler who comes along with another basket of promises?

Surely if government responded to the challenges facing the people it is sworn to serve instead of those to which it owes no such duty, the spreading contagion of xenophobic, racist, hate-fueled populism would have a harder time taking hold. Wouldn't it be great if we could find out?
Posted by The Mound of Sound at 12:12 PM

Only 5% of Canadians are members of a political party according to StatsCan, and it doesn't note if they are active members or not.

In contrast, 30% of Canadians are active members of Sports Clubs or Associations.

So, properly organized, 3% of Canadians, could take over any Political Party in Canada.

That, Jay, sounds a lot like the blueprint Trump followed to take over the Republican party.

ReThug membership's been falling for decades. Trumpista's didn't join the ReThug Party and take it over.

Starting with the Southern Strategy in '68, the ReThug Party embraced the politics of anger, racism and bigotry, and Lee Atwater explained how to say the quiet parts outloud, with dogwhistles.

Over the years, the ReThug Party kept explaining to their base, that the reason they couldn't have nice things, was some new group they needed to hate, had foiled them.

Finally, the Koch Funded and Manage TeaParty, explained to the gullibillies, deplorables, God Bothers that the reason they couldn't have nice things, was because every body but "them", were foiling the ReThug Plans of Prosperity Bible Cash Farting Rainbow Unicorns,

after finally running out of scapegoats to blame,

While the Koch's laughed, and laughed and took their billions in tax cuts and offshored more jobs to China.

The Insane Clown Potus, simply took that weaponized hate for everything and anyone, and found a new scapegoat for it to feed on. The ReThug Establishment. His Campaign realized that one thing that always frustrated The Base, was ReThugs saying the quiet things quietly.

Still it wasn't enough. It took a massive coordinated campaign of assorted Ratfucking with Nasty Actors, uncoodinated assistence, and a deal brokered by Billionaire Addelson between Trump and the ReThug Billionaires Boys Club, allowing them to continue to rob the US blind, to secure the nomination.

The only way we're going to find out is to ask unaccounatble hundred-billionaires like Jeff Bozos (typo intentional) to please, oh pretty please, give up a significant portion of their ill gotten booty. It also means getting even liberals to stop patronizing evil companies like Apple, Amazon, Facebook and Uber.

Only 5% actually engage in "politics", ( at best) through membership in a political party.

"So, properly organized, 3% of Canadians, could take over any Political Party in Canada."
Don't hold your breath....

The NDP leadership race that elected Mulcair was such an opportunity:
Nathan Cullen proposed a one time electoral deal w Libs to bring in PR.(LOL)

In Jr's coronation spectacle he had one 'serious' opponent: Joyce Murray. She proposed a version of the Cullen deal the NDP had recently rejected. She came second at 10% (and was ignored by Jr. in cabinet picks).

A fully awake populace would have swamped the memberships of both parties to make this happen.