What's Next For the UK, Rationing? 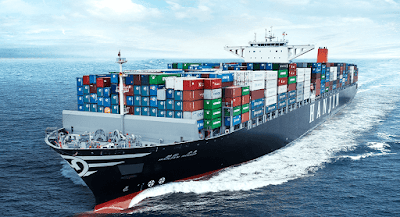 The British government is planning to stockpile food and medicine to prevent chaos in the event of a no-deal Brexit that disrupts essential supply chains.


About one-third of the food consumed in Britain, plus a large share of the medications consumed there, is imported from the European Union. Indeed, Britain imports more than it exports in every food category except beverages, and that surplus is due to Scotch whisky exports. In 2016, the United Kingdom imported fruit and vegetables worth £10.3 billion ($13.3 billion), only exporting fruit and vegetables worth £1.1 billion ($1.42 billion).

An article in Foreign Policy says the threat of economic dislocation from fractured supply chains isn't limited to Britain. We should all take a careful look at our own nation's vulnerability.


The global distribution system is extraordinarily efficient, thanks not least to the world’s oceans. As the British journalist Rose George documents in her book Ninety Percent of Everything, some 100,000 enormous freight ships transport 90 percent of the world’s trade. Trucks, railways, and distribution centers take over once the goods reach dry land. All of this is extraordinarily cheap. It costs a retailer less to send a shoe to Europe from a factory in Southeast Asia than it does to transport it from a local European warehouse to a shoe store in the same country.

...The system works so well that between 2010 and 2015, 52 percent of U.K.-based suppliers reduced their stock levels, while just 22 percent increased their stock. That, too, helps keep consumer prices low by saving on warehousing costs. At Tesco, Britain’s largest retailer, an orange, whether it’s from Argentina, Chile, Cyprus, Egypt, Israel, Morocco, Peru, South Africa, Spain, Swaziland, Turkey, or Uruguay, sets the consumer back a mere 30 pence (39 cents).

But if someone damaged the supply chains, all of this falls apart fast. That’s why a prosperous country like the U.K. is stockpiling food. In case of a no-deal Brexit—the most likely outcome, according to International Trade Minister Liam Fox—Britain’s access to the EU open market, and thus speedy imports and exports, will be suspended. That will cause long delays at entry points such as the Port of Dover. (According to British media, the Army has been put on standby to distribute food.)

Fortunately, the U.K. has time to plan for a no-deal Brexit meltdown—but an adversary won’t provide any such advance warning.
Indeed, while there’s much talk about potential Russian military aggression against NATO member states or their partners, President Vladimir Putin could achieve a vastly more devastating result, at minimum expense, by disrupting the supply chains. Cyberattacks—whether perpetrated by a government or proxies—could wreak havoc in companies’ logistics systems, which organize the travel route of every product. Or, an adversary could sabotage harbor operations. For that matter, workers at harbors or distribution centers could simply go on strike. E-commerce is just as exposed as brick-and-mortar chains to supply chain disruptions.

...Disruptions to global supply chains are, in fact, more devastating than a traditional military attack. “We assume that we’ll always have daily deliveries, and consumers have come to rely on it,” Marsden, the Cardiff University professor, noted. “But we only need to look at truck-driver strikes to understand the effects of disruptions to supply chains. The 2000 lorry-driver strike put the fear of God in the [U.K. Ministry of Defense].” Brazilians suffered a similar fate earlier this year, when a trucker strike caused food and fuel shortages. When President Michel Temer responded by sending in the Army, commanders discovered that they, too, were short on fuel. An adversary could bring a country to its knees without dispatching a single soldier.

In Sweden, a country increasingly concerned about a Russian military attack, the government recently published a brochure called “If Crisis or War Comes”; among other things, it advises residents to stock up on food and other necessities, as the government would not be able to distribute food to the population. Other countries should do the same.

And exactly because an attack on global supply chains (not to mention natural disasters or animal or plant disease) is more likely than a military attack, this is not a paranoid scenario. On the contrary, we have been lucky that our fragile supply chains have not yet been hit. Navies, including Britain’s Royal Navy, protect global shipping traffic, but supply chains can be sabotaged by cyberattacks or attacks on harbors or distribution centers. By teaming up, governments and the private sector could better protect these lifelines.

All that shipping produces a lot of GHG's.

"Fortunately, the U.K. has time to plan for a no-deal Brexit meltdown"

If it's anything like any of the other British Brexit "planning", everbody in Britain will be dead, a month after Brexit.