Death of a Thousand Cuts. Can You Feel It? 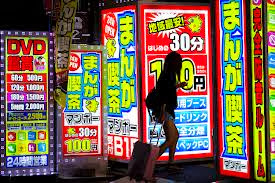 Around the world, civil, human and political rights seem to be in retreat.  The rapid onset of our loss of privacy of all sorts is symptomatic of a larger threat.   Corporatism flourishes but not without cost to individual rights and freedoms.  The forces of inequality transfer not merely wealth but associated political clout from the many to the few.   Individuals not in the club of the few are increasingly marginalized.

Japan is going through its own realignment.  From The Japan Times:

If you’re living in Japan, you may be surprised to know that your right to know has been replaced by the right to remain silent. Shhh … don’t protest. It’s practically a done deal.

The first rule of the pending state secrets bill is that a secret is a secret. The second rule is that anyone who leaks a secret and/or a reporter who makes it public via a published report or broadcast can face up to 10 years in prison. The third rule is that there are no rules as to which government agencies can declare information to be a state secret and no checks on them to determine that they don’t abuse the privilege; even defunct agencies can rule their information to be secret. The fourth rule is that anything pertaining to nuclear energy is a state secret, which means there will no longer be any problems with nuclear power in this country because we won’t know anything about it. And what we don’t know can’t hurt us.

The right to know has now officially been superseded by the right of the government to make sure you don’t know what they don’t want you to know.

Reporters Without Borders also noted that Japan’s ranking in the press freedom index had taken a record fall of 31 places from its position in 2012 to a new low of 53 out of 179 countries.

If the state secrets law is passed, Japan’s press freedom ranking next year is expected to sink to nearly Uzbekistan or China levels. Welcome to the land of the setting sun. Let’s see how much darker it will get.

Isn't that exactly what MacKay was caught doing?

Canadian citizens are, living in very evil times too. Canada has become a, cesspool of corruption especially since, Harper so called majority. We also know? Harper is no Conservative, what-so-ever. We were warned, if Harper ever wins a majority, we could kiss Canada good-bye. And, that is exactly what we are doing.

Harper was Policy Chief for his, Northern Foundation of 1989. He had even hired, Wolfgang Droege and his Heritage Front as, security for Preston Manning,

Herr Harper is handing Canada to a country with very horrible human rights. Harper has already handed huge chunks of Canada over to Communist China. Harper is a Traitor, doing acts of Treason, against Canada. Hitler was the old face of evil. Harper is the new face of evil.

Not the Northern Foundation again. It's a valid point but you keep making it every day, week in-week out. Please, there's a vast litany of this sort of thing in Harper's past and present. Do try to change the record every now and then. I apologize because I know I may seem offensive but I have come to dread seeing this remark every day.

And there will be surprises. Think back to, say, 1979 and how omnipotent the East German STASI were. That they would be gone in a decade . . .

I so hope you're right, Ed. I'm ready to act for change and that's largely because I see no other choice if we're to restore democratic rights and freedoms for our kids and grandchildren.

Your Dad had it exactly right MoS

Why shouldn't he talk about the Northern Foundation. This is something Canadians need to know, and most of them don't.

And what do Canadians know by reading two words "Northern Foundation" every day? Not much. Dig up something on this group, tell us about Harper's membership in it, who he associated with and what connections carried over to today. Discover something, set up a blog, write about it. Do something other than recite the same uninformative, dry statement day after day after day.

I agree with MoS. It does become a bit tedious to read 'Northern Foundation' in post after post without any references.

However, it is easy enough to type 'northern foundation harper' into a search engine to discover that Harper's link to the foundation appears to be well documented.

Anywho, here's one such link I found using a search engine:

I haven't ignored it. I have done a couple of searches only to find most of the results are blog posts containing mainly vague insinuations.

"I have done a couple of searches only to find most of the results are blog posts containing mainly vague insinuations."

Do you also think that the allegations against Wright, Perrin, Harper et al are just vague insinuations? Does the Conservative party have you on retainer?

Oh great. The cyber-wingnut returns. Don't you find it hilarious that someone who post comments anonymously requests disclosure from others? Your meds are out of whack. First thing tomorrow go to the clinic.

And, no, I don't think the allegations against Harper & Company are insinuations at all. That's because they're backed up by documents and police reports. In the world of sane people, Anon, that means they're not vague insinuations.

Yes, he certainly acts that way, LD, and shows no sign of mending his authoritarian ways until we's turfed.

The Great MoS called me a 'cyber-wingnut'. It makes me proud.

"Don't you find it hilarious that someone who post[s] comments anonymously requests disclosure from others?"

"Your meds are out of whack. First thing tomorrow go to the clinic."

I have a notarized letter from my psychiatrist stating that I am neither crazy nor in need of medication.

Care to explain why you perceived the need to obtain a notarized psychiatrist's letter? That must be quite a story in itself.

I defer to no one where it comes to opposing Harper, yet I agree with MoS regarding the Northern Foundation claim. I have not seen enough hard documentation to make it enough of a better claim/argument than all the other things in his record since the 80s on through to go after him for, and indeed it comes off as a bit on the tin foil hat side making it easier to dismiss and to dismiss those willing to embrace that accusation as unworthy of serious consideration. Please note I am not saying I disbelieve the claim, just that I have not seen enough hard supporting evidence to make it worth adding to the huge pile of material that I know I CAN document/source of his words/deeds over the past quarter century. I am not willing to risk one allegation that may be dubious in nature poisoning all the arguments and evidence of Harpers wrongdoing and yes treasonous conduct and beliefs that I already have, and I suspect that is how most people here feel.

I would also note that using a total anonymous alias instead of even coming up with something like say "Scotian" or "Mound of Sound" also undercuts a persons credibility, so you should not be surprised when it happens as it has here. I think by now Harper has shown his true colours far more while in power than he ever did prior, and therefore raising the Northern Foundation business under the circumstances comes to be very similar to calling him a Nazi with all the issues that come with such charges. So please, let it alone, focus on the here and now, there is more than enough to deal with that shows how Harper betrays Canadian ideals and values, even traditional Canadian Conservative ones, try using those for your basis of attack. Please.

Sorry, felt I needed to stick my nose in. Like you I am finding the Norther Front claim getting tiresome to read, and not just here either. I realize my intervention likely did no good, but I needed to do it anyway, forgive me please.

Sorry Mound. I was just messing about a little bit, You never know what little thing might shake out some truth. I will try to curtail my actions in the future. No guarantees, though.

No reason at all to apologize, Scotian. I share your views on this Northern Foundation business. Rightly or not, it does seem to embody an element of conspiracy theory.