On Toppling the Czar 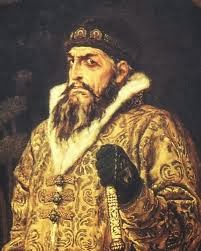 The Tory backbench may have the best idea to emerge from the Conservative ranks since Harper rose to power.  A Conservative backbencher, Michael Chong,  plans to introduce An Act to Amend the Canada Elections Act and the Parliament of Canada Act next week that would pose an enormous threat to the survival of authoritarian types like the sitting prime minister.

Passed into law, the Act would allow caucus to oust a prime minister by majority vote, triggering a leadership contest.  If would allow caucus, again by a simply majority, to decide who would be allowed into caucus or expelled.  It would scrap the provision that candidates needed the written endorsement of their party leader to run for office.

In other words, it would force Stephen Harper to open his coffin to the mid-day sun.

What will be interesting will be how the Liberal and New Democrat leadership react to Chong's bill.  They too aspire to the throne.

It's a wonderful idea but it will never pass.

Oh I agree with you, Anon. The question I have is will the Liberals and New Democrats support it?

Sure they'll support it. Once the government changes it can be ignored or amended or cancelled.

Yup, some dim bulb dipper already pontificating that the NDP may not bother to support this.

"“These are things that they are resolving in their party, I don’t think it is really relevant to our party,” Duncan said in a phone interview.

“I see a lot more critical issues to deal with than Parliamentary democracy right now,” she added. “Maybe they have severe frustrations with their prime minister and their PMO but I don’t really see those as front of mind for us."

The proposal would only take effect after the 2015 election. What a bunch of moral cowards. They want to take credit for passing something that would give them power for ousting a twit like the current Prime Minister and curbing his actions, but they want to absolve themselves of any responsibility for actually doing anything about him.

Propose it to take effect in 2013. Then they'll have to shoulder some responsibility for using the power they ostensibly want.

Depends on whether they will accept any amendments to garner support for it.

Sounds like a good reform. Without Steve being such a creep, it would never have seen the light of day; if something like this ever does become law we'll have his evil to thank for it. Silver linings and whatnot.