If We Have Far More Fossil Fuel Reserves Than We Can Use, Why the Stampede to Explore for Ever More? 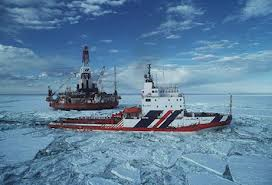 Why are governments squandering hundreds of millions of dollars in grants and subsidies so that energy producers can explore for ever more fossil fuel reserves?  Seriously, we have no end of better uses for that money such as lightening the debt load we're bequeathing our grandkids by perpetuating pointless grants and subsidies to the fossil fuelers.

That seems counterintuitive if, as we now know, any hope of avoiding catastrophic climate change will require that we leave somewhere between two-thirds to four-fifths of existing, known fossil fuels in the ground, unburned.

Somewhere along the way did we forget the old line about "taking coals to Newcastle"?  Or have the governments of the industrialized and developing worlds become so locked into an energy-extractive paradigm that they simply cannot stop themselves?

Right now the Arctic nations are just waiting for that sea ice to clear out enough that we can get big time at the seabed oil and gas resources.  Why?  Is it really just because we can?

Here's a way to look at it to recalibrate your fossil fuel perspective.   Over the past two centuries we have brought to the surface and burned hydrocarbons in volumes that took many, many hundreds of millions of years to create.  Think about that.   It took what, for all practical purposes, was an eternity to create those fossil fuels and we have rapaciously exploited them in just two hundred years.  And we did that thinking that it wouldn't have a devastating impact on our environment, our biosphere, our Spaceship Earth.

Check out this neat, interactive graphic from The Guardian that asks, "why are fossil fuels growing?"

While you're at it, try digesting this graphic that I filched from a must-read item by Marie over at A Puff of Absurdity. 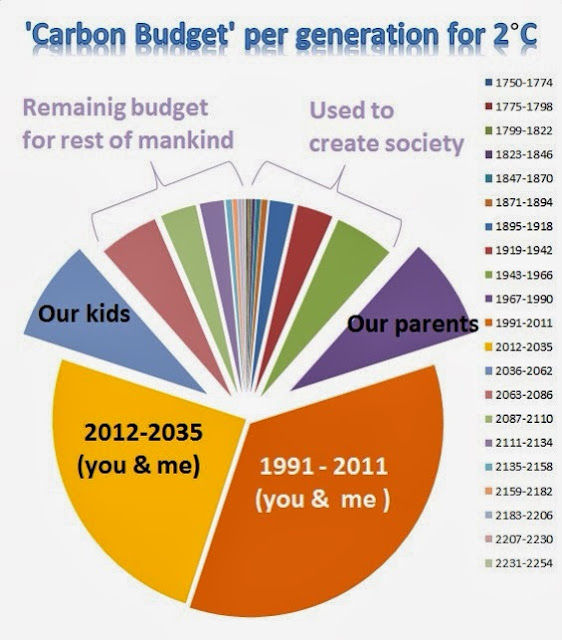 UPDATE
Word is getting out of a major new, shale oil find in Australia that could leave the land down under second only to Saudi Arabia in oil reserves.   The initial discovery at Coober Pedy  is estimated to represent 233 billion barrels of genuine oil (not bitumen) which far exceeds Canada's estimated 175 billion barrels.  Some experts believe the initial find could lead to a larger oilfield of perhaps 400 billion barrels of capacity.
Just what Athabasca needs now, a bountiful source of relatively clean crude oil to lure Chinese buyers away from our own high-cost, high-carbon bitumen.﻿
Posted by The Mound of Sound at 6:14 AM

Will that force our politicans to think in the 2lst Century and wind their heads around other forms of economical enterprises? The word sustainability comes to mind. It is possible if they are forced to do so, they will shrivel up and blow away. Then again that could be a good thing for new blood.

It's a powerful and persistent mental block, Anyong, and how our political class moves past this destructive mindset is unclear.

I have always thought this rush to dig stuff up is due to the fact that the rich set have so much money that it has to work for them somewhere. There is only so much real estate to buy. The wealthy money at the top has nowhere to go. Yet whey the NDP says they will increase corporate taxes it is met with outrage.