The Vandal in Chief Worries About Climate Change 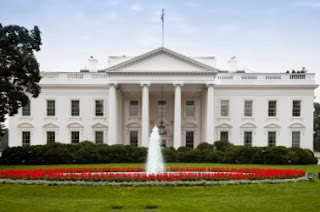 America is petrified about the impacts of climate change.  Well, one impact anyway.   That's the prospect of the poor and vulnerable countries most exposed to droughts, floods and other severe weather catastrophes demanding reparations from the industrialized, major CO2 emitters.

Canada and Australia, charter members of Vandals 21, already dealt with these grubby little foreigners at the Commonwealth Conference, telling them to simply bugger off.  We're apparently going to let the U.S. take the message to  the U.N. climate change summit underway in Warsaw.

US officials fear that international climate change talks will become focused on payouts for damage caused by extreme weather events exacerbated by global warming, such as the category 5 Typhoon Haiyan that hit the Philippines last week killing thousands of people and causing what is expected to be billions of pounds of damage.

An official US briefing document obtained by the Guardian reveals that the country is worried the UN negotiations, currently under way in Warsaw, will "focus increasingly on blame and liability" and poor nations will be "seeking redress for climate damages from sea level rise, droughts, powerful storms and other adverse impacts".

At last year's climate talks in Doha, the US fought off calls from African nations, the Pacific Islands and less developed nations for a "loss and damage mechanism" to channel finance to help nations cope with losses resulting from climate change, such as reduced crop production due to higher temperatures.

We're building a lot of legitimate anger and resentment toward us around the world.   We have first-hand experience of how that hostility will eventually tip into aggression.  If we're not going to help these people cope with the catastrophic losses climate change is inflicting, we had better take that money and begin stockpiling bombs.

What those countries need to do is sign free trade agreements and then incorporate. Then they can sue us for reducing their profits. The world is mad.

PLG, there is very serious talk about doing just that - suing the major emitters for damages. We'll conjure up some pretext to bomb them or stage a coup, probably both, before we'll let them do that.

We have included your post in our 'Around the Blogs' section at looniepolitics.com

I think it is time for me to go back home to England.

Well, they can sue, but in a normal court I suspect it'll be something of an uphill struggle to get anything. But the rules of the "free trade" deals let you sue with good success for any kind of government action that may have made you lose money relative to some imagined perfect state.

I'm joking, but it's a rather gallows humour kind of joke.