If We're Already Seen as the Government's Enemies, Why Do We Think They Might Listen to Us? 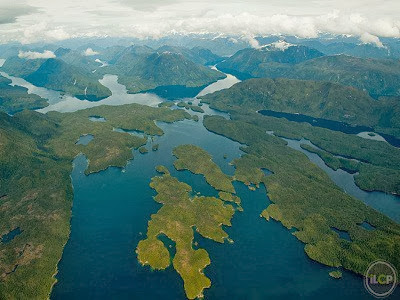 Of the many dark farces of the Harper government, the best one is that there'll be a full and fair environmental assessment of the Northern Gateway pipeline initiative and the claim that the government remains open-minded.   The Victoria Time Colonist pundit, Jack Knox, writes that's sheer bollocks:

Emails released this week show a cosy relationship in which CSIS, a section of the RCMP, our pro-pipeline federal government, the National Energy Board and energy companies are inside the club, while those who oppose Enbridge’s proposal are treated like woolly headed radicals working against the national interest.

Which leads to the obvious question: If that’s what Ottawa thinks of British Columbians who worry about oil tankers doing an Exxon Valdez in the tricky inside waters of our coast, how seriously will it listen to them?

The emails came to light through an access to information filing initially reported in the online Vancouver Observer. They showed communications between the RCMP, CSIS, the National Energy Board and its security chief before and during the regulatory hearings into Enbridge’s proposal to pipe Alberta bitumen to a tanker terminal at Kitimat.

The messages talk of using social media and other sources to monitor everything from the Idle No More movement to the Victoria-based Dogwood Initiative to the annual all-native basketball tourney in Prince Rupert. One of the emails, a security summary prior to January’s hearings in Kelowna, refers to a gathering at which Elizabeth May — the Saanich-Gulf Islands MP and Green Party leader — and Victoria-Swan Lake MLA Rob Fleming were to speak.

Those revelations follow a series of stories in Britain’s Guardian newspaper, which reported that the Canadian government has an extensive spying program aimed at domestic environmental organizations. Since 2005, twice-a-year meetings involving energy companies, police, CSIS and other federal agencies have been convened to discuss threats to the energy sector, including challenges from green groups. The Guardian produced the agenda for one such meeting in May: sponsored by Natural Resources Canada, it was held at CSIS headquarters in Ottawa, with breakfast, lunch and coffee provided by Enbridge and a networking mixer paid for by Bruce Power and Brookfield Renewable Energy Partners.

...security arrangements bordered on the absurd when the regulatory road show came to the Delta Victoria Ocean Pointe for eight days in January. Hotel doors were guarded by a contingent of Victoria police officers working on overtime (the bill was ultimately paid by Enbridge, as the applicant was responsible for all costs related to the pipeline review). Members of the public could only watch online or on a big screen at the Ramada three kilometres away. Even the people scheduled to testify (they had to wait at least 15 months for the privilege) were herded into a holding room down the hall from the hearing room. Never mind that they looked less like wild-eyed anarchists than a United Church prayer circle, a bunch of grey-haired retirees in fleece vests and Gore-Tex.

That betrays a troubling mindset by a federal government that starts with the assumption that anyone who disagrees with the Northern Gateway plan is by definition a kook, a fringe character hiding behind a balaclava or one of those moustachioed Occupy Everything masks. Natural Resources Minister Joe Oliver infamously ranted about “environmental and other radical groups” blocking pipeline proposals. The feds poured $8 million into a witch hunt targeting environmental charities that it blamed for bogging down the approval process. In Ottawa, green is the new black.

Here's the thing.  When your government treats you as an enemy of the state, no good will come from ignoring that warning.  That's when you have to start asking if the state hasn't become your enemy.
Posted by The Mound of Sound at 11:34 AM

And people talk about Russia? What's the difference between Russia and Canada?

With this prime minister's distaste for democracy, very little.

I know quite a few people who are already operating under that assumption.
We live in interesting times. Sometimes I despair. I think we're going to destroy it all and frankly don't think much of humanity s worth saving anyway. But mostly I just do what I can and try to win some allies and converts. The scumbags will lose, even if they win temporarily, but at least my descendants won't ask my why the hell I was colluding with that shit.

It's outrageous that our government should act this way toward us, Karen, but we can't change that fact. Our government freely spies on patriotic Canadians concerned with the wellbeing of their country as though that constituted a criminal intent. Be sure to let me know when you hear the Opposition riding to our defence.

I just sent an email to my MP ( reform- I appologise ) with my email and phone number indicating my opposition to moving Alberta filth by either pipeline or rail.

CPC thugs and spies now can watch me as closely as they want.

When I was a kid my mom read a lot of murder mysteries and she introduced me to John D. MacDonald and his Travis McGee. (I had a terrible teenage crush on Travis McGee) There is this interesting character in most of the books named Meyer. I think he is an economist, actually, and he lives on a houseboat and he is a bit of a Socrates - he seems to be holding forth on a variety of topics to rapt college kids fairly regularly. I think I remember an installment in the series where he talks about the surveillance state. His solution is to put your name EVERYWHERE. Look like you are involved in everything- good, bad and weird - the more scattershot the better because they won't be able to pin you down. I don't know how effective that would be, but I am entertained by the notion at least.

Oh, and I doubt seriously that the opposition is going to do a single thing. I'm throwing my lot in with the anarchists.

I loved Meyer. I wanted so badly to believe that somewhere in the world there was a real Meyer.

My, what have we here? I think I sense the makings of a jolly band of dissidents. Actually it's uplifting in a way. In a good many ways.

Much later, after building this expanding pyramid
would there be the name a single solitary ordinary Canadian citizen ?

No ..
The list will represent in order of usefulness, value or danger to ..
the world according to a creepy narcissist named Harper ..

The working orders to undertake the travesty of the National Energy Board Review pre spying, obstruction.. come from the top..
Stephen Harper, complicits like Joe Oliver, Joe Flaherty, Poilievre, et al are complete toads. The Northern Gateway Pipeline Review has been a farcical scam from the very beginnings, long before it ever started ..
when Gordon Campbell transferred British Columbia's power to Environmental Review to Ottawa and was solidified when Harper gave himself the final decision power via an omnibus bill.

The entire process begs a very important question re our current PM, The Harper Government, The Harper Party, all the cowed and complicity MP's, all the lawyers, unelected PMO apparatchiks..

The question being.. If this is how you all 'Cons' perceive such an important energy review.. as a game to be played out.. how much of a stretch is to see how you perceive a federal election as a similar game..

And the citizens of Canada ? We're just pawns.. ?
victims to be 'groomed' for these and other assaults?

FYI .. collected quotes of John D. MacDonald are easy to find
sample - http://en.wikiquote.org/wiki/John_D._MacDonald
He would not have been at all kind to Stephen Harper & his tawdry ilk

Hi, Sal. Your comment gave me a thought. Could you imagine if Pierre Trudeau was alive today? Trudeau could have had the public marching on Sussex Drive with pitchforks and torches. That, sadly, illustrates the collapse of leadership that plagues us today. What a somber thought on which to begin the week.

As we say in Bavaria, a schnitzel, a Kutschke, if you screw with me you'll be sorry or hit by a lorry or a used BMW, and your scandalous past will fall out of your trousers.