It's What You Do With Cattle 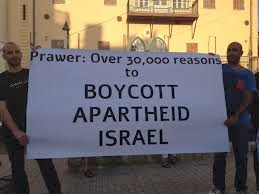 You round them  up, herd them along, move them wherever it suits you and, for them, it's always a one-way trip.

That's the rough idea Israel has in mind for the Palestinian Bedouins of the Negev desert.  They're in the way.  They have to  go.  Their lands are wanted for new Jewish settlements.

According to Israel, the aims of the Prawer Plan – named after the head of a government commission, Ehud Prawer – are economic development of the Negev desert and the regulation of Palestinian Bedouins living in villages not recognised by the state.

The population of these villages will be removed to designated towns, while plans for new Jewish settlements in the area are enacted.

But Adalah, a human rights and legal centre for Arabs in Israel, says: "The real purpose of the legislation [is] the complete and final severance of the Bedouin's historical ties to their land."

The "unrecognised" villages in the Negev, whose populations range from a few hundred to 2,000, lack basic services such as running water, electricity, landline telephones, roads, high schools and health clinics. Some consist of a few shacks and animal pens made from corrugated iron; others include concrete houses and mosques built without necessary but unobtainable permission.

The Bedouin comprise about 30% of the Negev's population but their villages take up only 2.5% of the land. Before the state of Israel was created in 1948 they roamed widely across the desert; now, two-thirds of the region has been designated as military training grounds and firing ranges.

Under the Prawer Plan, between 40,000 and 70,000 of the remaining Bedouin – who became Israeli citizens in the 1950s – will be moved into seven over-crowded, impoverished, crime-ridden state-planned towns. The Israeli government says it is an opportunity for Bedouins to live in modern homes, take regular jobs and send their children to mainstream schools. They will be offered compensation to move, it adds.

That's odd.  I haven't heard a word, not a single burst of righteous outrage, from Canada's ForMin, John Baird.  Oh, I get it.  These are Palestinians and we'll instinctively look the other way if Israel is involved.