Who Will Lead the Tories into the 2015 Election? 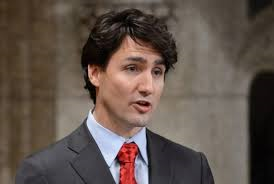 If there was just one thing that Tories learned from Monday's by-elections it was that they're up against a resurgent Liberal challenge with Justin Trudeau at the helm.  They probably didn't need the by-elections to tell them that, by contrast, their own leader is becoming increasingly unpopular if not outright toxic to Tory fortunes.

Stephen Harper has said he intends to lead the Conservatives into the 2015 election but that decision might not be his to take any longer.

The party establishment isn't going to want a wounded leader going up against a popular, energized Liberal contender.  There are rumours of two, possibly three, latter day Dalton Camps already operating in the wings.

At this stage it's hard to imagine too many Tories willing to risk all by rallying to the side of Stephen Harper.  He's just not the sort of guy who makes a lot of friends.   He doesn't earn loyalty.  If anything he's a nasty little shit.

What happens next depends on whether Harper has not only taken himself down but has taken down the Reform wing with him.   The conditions might be ripe for a PC reformation.

There's not a lot of depth from the Tory front bench to answer the call for a new leader.  MacKay might have aspirations but he's something of a spent force and then there's the little matter of how he sold out the PCs.   Jason Kenney?  Possibly, but I think he has a "no wife, no babies" problem with the social conservative base.  He's also a westerner.  And, besides, Kenney- MacKay et al have  all logged years of  loyal service to the Grand Corrupter, the Prince of Darkness, Beelzebub himself.   With an election less than two years away and a party in need of rehab, Tories might well be looking for a new, fresh face. 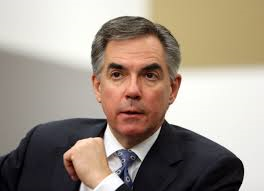 Did I mention Jim Prentice?  No?  Well he's said to be weighing his options.  Although he's a Calgarian, he has lengthy Progressive Conservative credentials.   He was generally seen as moderate (at least compared to some of his colleagues), sophisticated (not a faith-based mouth breather) and he's been out of Harper's cabal long enough for the taint to wash off. 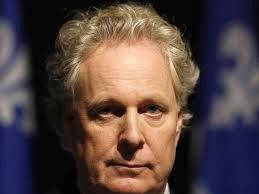 There's another name that's surfaced on the rumour circuit.   Now brace yourself.   How 'bout Jean Charest?   Some Tories think Charest could be a viable contender in a race to replace Stephen Harper.  Charest stepped in before when the party was in extremis.  He's affable, fairly well known and liked across Canada, and he's from Quebec.   Those are attributes the Tories could use in a leader right now.

Who knows, maybe Harper will find some way to hang on.   Maybe the Tories will answer the Liberals' prayers and go into the 2015 election behind this prime minister.
Posted by The Mound of Sound at 3:15 AM

Your picks for succession to the con thrown seem family right on. As for the coming rift in the P Cons v. the rogue reformers methinks Steve may have dealt them out with all of his and their behind the scenes conniving and shenanigans. Who isn't tired of who did what and the constant "lone rogue acting alone con theory"?

My hunch is Steve is ready to abandon ship, why? Because he has insured himself a cush chairman's job in the extraction/removal of natural resources and full bore destruction of the environment by allowing the resource kleptomaniacs unfettered access to our land without environmental safe guards or responsibilities which are shunted to the tax paying public. Also giving them access to the world slave labor importation market that works for less than minimum wage and receives no benefits. Which means more profits combined with over the top tax benefits gives these foreign, domestic and Red Chinese Communist companies free reign to pilfer our resources, while being some of the top earning companies in the world and still manage to stick us tax payers with the Superfund cleanup task and bill. Thanks Steve, oh and by the way let the door (Canada's) slam on your miserable self serving ass on the way out to chair Sinopec...

What could possibly be better than a Liberal thrashing of Harper and his Reform/Alliance crowd by a Trudeau-led Liberal party? What could be even better is Liberal wins in Alberta, especially Calgary, to help the Liberal cause. Harper and his well-known visceral hated of all things Liberal plus his utter contempt for anyone named Trudeau, would suffer seizures on national television.

I don't think Harper will leave except in our wildest dreams. (Though, the opposition might be better off if he does stick around). But if he were to leave, I have thought for a long time that Prentice is the man that the Cons should look to. He exited the Harper regime early, thus saving himself from the taint of the present public image of this horrendous government. He is very well spoken compared to his buffoon-like colleagues. He has a more statesman like image and demeanour. He seems considerably less mean-spirited and less anti-democratic than the other contenders (which is what the Cons need to move away from if they want to regain a wider appeal). Overall, I think the Liberals should be considerably concerned about the possibility of a Conservative Party led by Prentice. There is already little to distinguish the two parties in terms of substantive policy issues. WIth Prentice the Cons could possibly regain that part of the public image that they have lost to the resurgent Liberals.

Mogs, I think Harper will be well rewarded in his post-politics life. I'm not sure any company would actually want him in some control position.

Cujo, I think that's wishful thinking on your part. Justin isn't Pierre and that's the problem.

KC, even Harper can't long withstand a concerted effort from within his party's ranks to oust him. Do you think the 'smartest man in the room' is prepared to look that pathetic, that desperate?
To the public he would go from merely distrusted to utterly despised.

I agree Mound, he would. However, I believe that he suffers from a fairly pronounced mental disorder and is probably entirely incapable of seeing himself in a realistic light. He could be the most despised man in Canada and still believe firmly that he is intensely popular. He is Mussolini-like in this sense.

But, of course, you are right that if his caucus turns against him then he is toast. Thatcher was ousted in a couple of hours when her caucus turned on her.