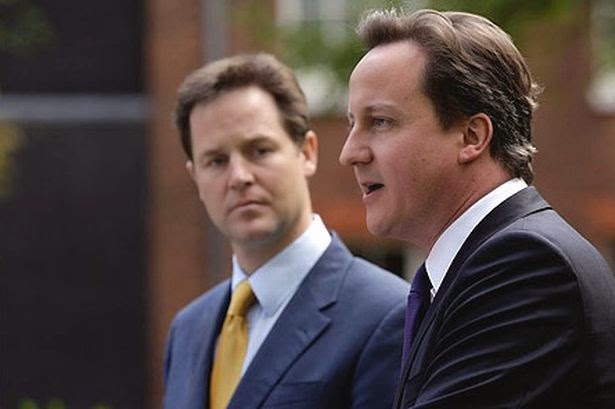 That didn't take long.  Nick Clegg has called on prime minister David Cameron to formally recognize the state of Palestine in response to Israeli prime minister Netanyahu's rejection of independence for the Palestinian people.

Netanyahu is reported, by the Israeli newspaper Haaretz, to be backpeddling furiously, claiming that he still supports the 2-state solution despite having done everything in his power to undermine it and just days after he ruled it out. Sorry, Bibi.  Sarkozy was right.  You're a damned liar and everyone, Israelis included, knows it.  You shot your bolt, pal - and you were aiming for Barack Obama but you actually shot yourself in the foot.

Perhaps the one good thing that will come out from the re-election of Bibi is that the world will now line up to recognize Palestine and push harder for war crime investigations into the Gaza hostilities.

I suspect Bibi will greatly regret his admission that he would never support a peaceful two state solution. The proof is that he now seems desperate to reverse himself.

It is too late though .... no reasonable person is ever going to believe what he says any more.

Sarkozy was right back when he denounced Netanyahu to Obama as a "liar."

One of the few things ol' Sarky was ever right about.