I've Got Just the Thing - Let's Go Fight in Yemen! 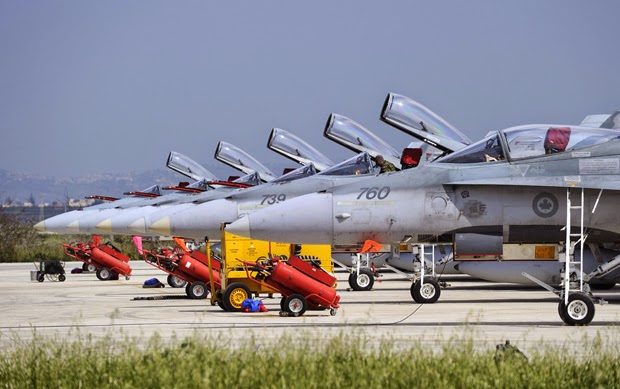 We've already got a crew in the neighbourhood, we could probably cut'em a sweet deal.

Yemen asked the United Nations Security Council on Tuesday to back military action by "willing countries" to combat an advance by Shi'ite Muslim Houthi militia, according to a letter from President Abd-Rabbu Mansour Hadi seen by Reuters.

Hadi wants the 15-member body to adopt a resolution to authorize "willing countries that wish to help Yemen to provide immediate support for the legitimate authority by all means and measures to protect Yemen and deter the Houthi aggression."

Hey, when it comes to whacking Muslims, what says "willing country" more than Canada?  And this time we'd get to whack some Shiites .  We've been ripping up Sunnis for almost 15-years and bombing Shiites for once might be a nice change.  Who knows, we might just like it.

Here's some background on Houthi from Vice TV's Ben Anderson that aired several months ago.

Email ThisBlogThis!Share to TwitterShare to FacebookShare to Pinterest
Labels: Yemen