Want Canada to Make a Difference? Let's Back Tunisia. 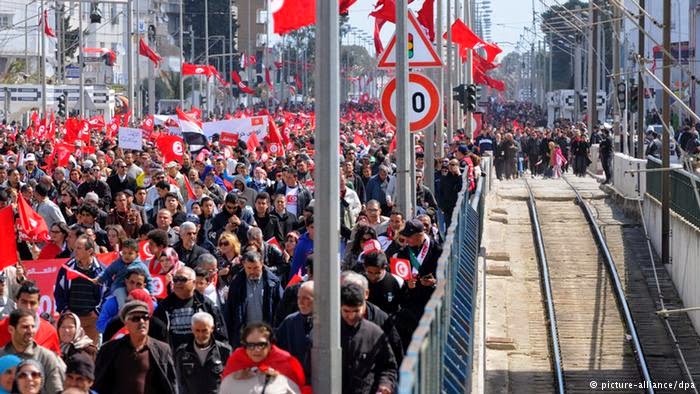 Face it.  There's not much hope that we're really going to achieve anything significant from our air war in Iraq, regardless of whether we get stuck into Syria also.

All ISIS needs to survive is a nation in chaos.  They weren't in on the ground floor in Syria.  ISIS moved in after the civil war was well underway.  Same thing for Libya.  ISIS moved in once the anti-Gaddafi forces had established a viable resistance.  Iraq, same same.  Yemen, ditto.

ISIS is into turf, acquiring control.  Muslim countries that are destabilized are the organization's preferred hunting ground.

Our approach to ISIS - bombing - is futile.  It amounts to "we'll bomb ISIS here but not there, there, there, there or there."  Sounds pretty rational, doesn't it?  Sort of like the Brits figuring to defeat Hitler by liberating the Channel Islands.  Then again, you can never underestimate a government that has Harper at its head and Jason Kenney as its defence minister.

If we wanted to give ISIS a setback, we could begin with Tunisia.  That's a great place to draw the line, to stop the spread of radical Sunni Islamists.   We might not get to bomb anybody but sometimes you have to sacrifice for the greater good.

Why Tunisia?  Because it has a population ready to turn out by the tens of thousands to denounce extremism. And these people know a thing or two because they're the same crowd that sparked the "Arab Spring" and achieved a stable democratic system for it.

Let's back Tunisia.  Let's give them at least as much support as we're squandering on Iraq to make sure they have everything they need to anchor their democracy and deny ISIS the power vacuum so instrumental to its spread.  Draw the line, stop the fanatical brigands here, and then slowly begin rolling them back.

What I'm proposing here is a completely Canadian response.  As I've written repeatedly, the last thing this region needs is more fighter jets to bomb Iraq.  Tell you what we should do.  Let's take our six pack of CF-18s out of Kuwait and add those to the six pack we have carving holes in the skies over the Baltics.  This time, let's double down.  Bring in another dozen from Cold Lake and Bagotville. Then let's ship over half our tanks and a regiment or two of our soldiers.  Then let's set up shop somewhere in Tunisia.

Our role won't be political or cultural.  There'll be no economic back story.  It'll simply be that we, Canada, have decided that Tunisia shall not be threatened, or attacked and never, ever destroyed.  And we, Canada, (not some coalition of the feckless and compromised) will stand surety for their democracy and liberty.

We're doing this not just for Tunisia but for us too and for everyone else.  Where better but a stable, democratic and free (from both Islamic and Western dogma) Arab state to bring the Muslim world into the 21st century and show that Islam and democracy are not remotely mutually exclusive.

Tunisia should really be seen by the outside world as the true, irreplaceable gem in the crown.  Where are we if we lose that?

Sensible foreign policy thinking. Never happen under this government of course, but still thanks for underscoring yet again why I like reading your blog, especially on the foreign affairs element.

Very good idea! But Harper will never go for it.