Tony Blair and his "Bloody Crusades"

The outspoken former deputy PM, who was recently appointed as an unpaid adviser with special responsibility for climate change by Labour leader Ed Miliband, said he believes Blair was wrong for invading Iraq in 2003.

"They told us it wasn't regime change. It was. And that's exactly what the Americans have had,” he was recorded saying.

"Now Tony, unfortunately is still in to that. I mean the way he's going now, he now wants to invade everywhere. 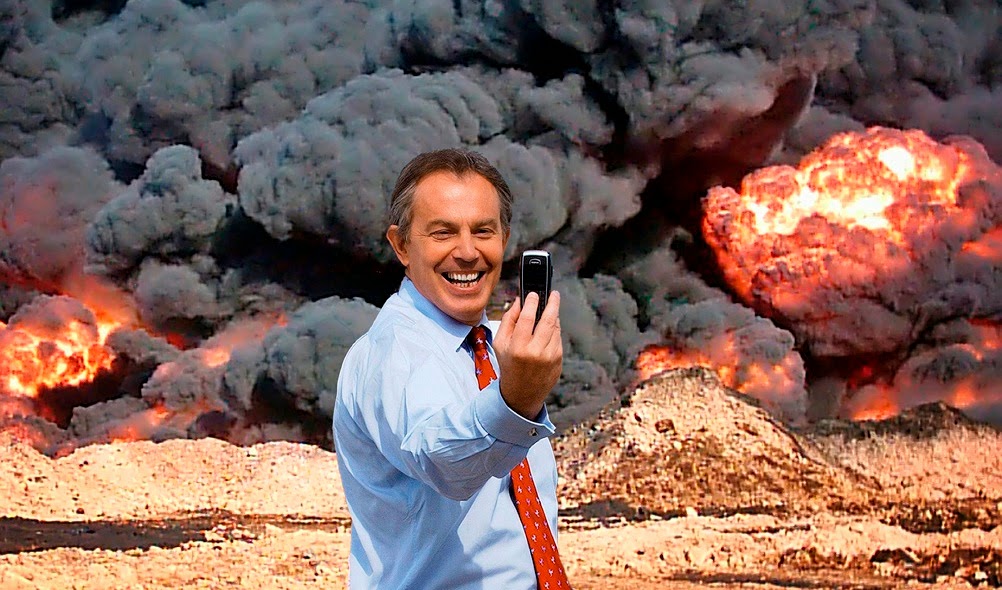 "He should put a white coat on with a red cross and let's start the bloody crusades again."

"Every time they watch the television where their families are worried, their kids are being killed or murdered and rockets, you know, firing on all these people, that's what radicalises them."

Mr Prescott’s remarks come amid growing fears over the number of young men, women and teenagers from Britain fleeing the country to join Isis in Syria or Iraq.
Posted by The Mound of Sound at 3:37 PM