Is Canada Going the Way of Greece? 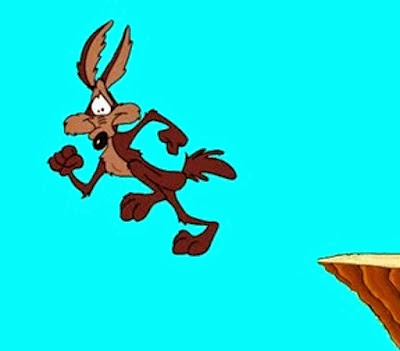 A report from PBS contends the Canadian economy is "headed off the cliff."

Vikram Mansharamani, a lecturer in the Program on Ethics, Politics & Economics at Yale University and a senior fellow at the Mossavar-Rahmani Center for Business and Government at the Harvard Kennedy School, is concerned about rising home prices and falling oil prices.

Canada is in the midst of an unprecedented housing boom that seems likely to bust. I was recently in Canada and noticed a schizophrenic oscillation between housing exuberance and oil-price despair. What did it mean for the Canadian economy’s outlook? Upon returning to the U.S., I did some research. What I found leads me to the conclusion that Canada is now among the most vulnerable large economies in the world. Here’s why.

First, household credit. The seemingly conservative Canadian population has been voraciously consuming debt at a breakneck pace. Total household debt (C$1.82 trillion) now exceeds GDP (C$1.6 trillion), approximately C$1.3 trillion of which was for residential mortgages. Further, household debt is now greater than 160 percent of disposable income – meaning it would take about 20 months for a family to pay off its debt if interest rates were 0 percent and they spent 100 percent of their disposable income to do so.

Second, housing prices. Home prices continue their basically uninterrupted rise that began in the mid-late 1990s. Unlike the United States real estate markets, which have corrected, Canadian prices continue to rise. Detached single-family homes in Toronto now average more than C$1 million and Vancouver is now deemed the second least affordable city in the world – thanks to Chinese buyers.

Third, crude oil. The impact of lower oil prices is rippling through the economy at breakneck speed. Since 2011, Alberta, the oil-rich home of the oil sands, was responsible for more than 50 percent of all jobs created in Canada. It has been the locomotive of job creation pulling Canada forward, but it is now in reverse. Employment growth has stopped in Alberta and is now shrinking.

Finally, craziness. Yup, not sure how to better categorize what I’m about to say. Here’s the situation, as told to me by Seth Daniels of JKD Capital, one of the most astute Canada-watchers I know. Daniels told me that there is now a booming private mortgage market in which ordinary citizens are borrowing from their home equity lines to lend money to desperate borrowers. Specifically, he noted “a homeowner acts as a subprime lender by drawing his home equity line at ~3%, and lends it to a subprime borrower at 8-12% for one year.”

I honestly didn’t believe him when he first mentioned this to me, but I then confirmed it myself. In fact, if you’re a Canadian and interested, here’s a sales pitch from one vendor. It’s only a matter of time before this shadow mortgage banking market slows, and the ramifications are likely to be enormous as defaults skyrocket, housing prices plummet, and consumer spending rapidly slows.

Net net, the ending of the Canadian credit binge, combined with an oil-driven economic slowdown, is likely to crush consumer sentiment. In this Looney Tune, it seems our Crazy Canadian Coyote has run off the cliff, his feet are still moving, but he has yet to look down. He’s suspended in air, and it’s only a matter of time until gravity exerts its force.

Unfortunately Mansharamani doesn't offer any suggestions about reforms our governments can implement to fend off collapse.  Nothing at all.

Garth Turner has been warning about this risk for years.

What comes to mind off hand is, regulate the housing market and do deficit spending to directly create lots of jobs.

Longer term, start backing out of free trade agreements so we can do industrial policy without interference and increase wages without just exporting jobs.

That's why they lowered the interest rate a while back. Rising rates means defaults.

Low interest rates leads to bigger mortgages, more debt, and so on...

Yeah, the rates thing is interesting. Does anyone else get the feeling that every time rates went down, sellers just realized buyers would have lower payments and jacked the prices up until it hit where people could barely afford them again?

That is, in the absence of regulation supply and demand, or "What the traffic will bear", is based not on the ticket price but on the expected mortgage payment. And then on top of that you've got plutocrats buying for investment jacking up the prices, waiting for that "greater fool" mentioned in Toby's link name.

It just gets worse while the Canadian people say nothing.