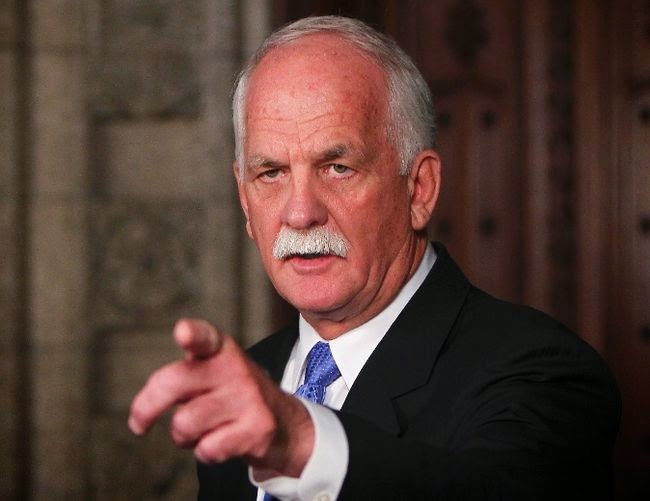 He says he couldn't understand the documents because they were in French even though the judgment was entitled "Decision."  It wasn't until former Harper henchman Vic Toews judges' salary was garnished that the little moustache figured it out.

The landlord waited a year before turning the debt over to a collection agency that notified Toews in December to pay up.  When Vic didn't cough up, his salary as a judge on Manitoba's Court of Queens Bench was attached.

Toews, the former Minister for Family Values, hasn't confirmed whether he's paid up yet.

What would be the penalty for spitting on the judge and calling him a worthless sack of putrid excrement?

The little bastard doesn't deserve a mustache. We should shave him in Jack Layton's name.

Ah, it's good to see that Vic hasn't lost his ability to spread nausea through his fellow Canadians.

I'll bet the arguments of ignorance he used in his defence are arguments he is on public record as being against/believes unacceptable as a defence as both politician and as a sitting judge. Wonder if he is even capable of seeing the naked hypocrisy if said assumption is true, which I suspect it is given his history.