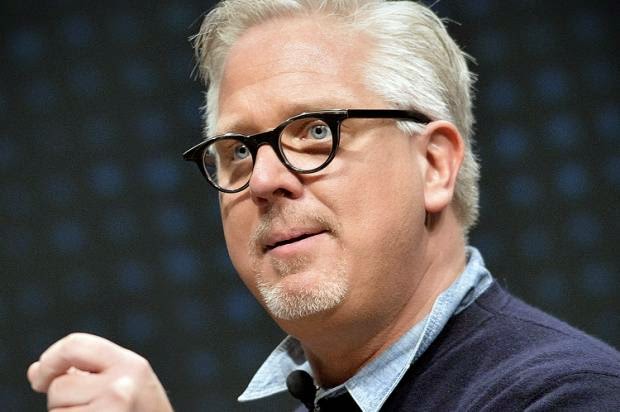 I take it all back.  Maybe there is a God.  After all there must be someone of the stature of a deity driving America's right wingnuts batshit crazy.  A case in point - Glenn Beck.

Glenn Beck has washed his hands of the Republican Party.  Why?  Because they're a bunch of closet commie lefties in his mind.

“So I’m done with them,” the onetime Fox News host concluded. “Four years ago I was with them. Four years ago I said work from the inside: let’s change it. Let’s get new guys in there. It’s too late.”

And Beck wasn't just done with the GOP.  He then turned his guns (pardon the pun) on the National Rifle Association, the NRA.
Beck thinks NRA board member, wait for it - Grover Norquist, might be an Islamist sleeper agent.

Glenn Beck says he may drop his membership in the National Rifle Association amid (baseless) fears that the organization has been infiltrated by radical Islamists — a conspiracy theory that centers on anti-tax activist and NRA board member Grover Norquist, who is currently seeking re-election to the board.

Peddled primarily by neoconservative campaigner and former Reagan administration official Frank Gaffney, the charge is this: Norquist is a man ”actively involved, both enabling and empowering, Muslim Brotherhood influence operations against our movement and our country.” As Media Matters’ Tim Johnson notes, much of Gaffney’s “evidence” concerns the fact that Norquist has Muslim family members. But while the board of the American Conservative Union unanimously determined that Gaffney’s claims lacked any foundation, Beck said on Wednesday night that he’s “heard enough” to convince himself that Norquist is “a very bad man.

Whatever you do, don't tell Glenn those chin whiskers make him look awful Bolshie.

For the sake of my mental health, Mound,I pay as little attention as possible to American 'politics'. Your post amply illustrates why.

Wouldn't it be great if he ran for POTUS.

That would be a show worthy of the end times.

@ Lorne, none of us has to like it but this is the only world we've got.

@ Dana - your vision is nothing short of chilling.

@ Neil - Bogart reprising the role of Glenn Beck, now that is mind bending!