Why Syrzia Matters. It's About a Good Deal More than Austerity. It's About Salvaging Democracy. 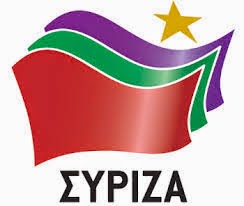 Le Monde reminds all of us why Syrzia matters not just in Greece, but across Europe and even on our side of the North Atlantic.

The Greeks don’t need to have the meaning of the word “democracy” explained to them. Even so, they have been given countless lectures since voting in a leftwing government determined to end the austerity policies that have made their lives a misery for six years. The schoolmasterly reprimands have come from people who know what they are talking about: they are people who imposed treaties their electorates had voted against and reneged on campaign promises as soon as they came to power. They are now in a trial of strength with Syriza, which has been trying, against terrible odds, to stick to its promises and beliefs. That trial was all the tougher since those beliefs may spread thoughts of resistance to those hitherto resigned to powerlessness. This confrontation has been about more than just the fate of Greece: the future of European democracy is at stake.

...Though Syriza is isolated in the EU, hounded by its creditors and faced with capital flight, it is in fact trying to rehabilitate concepts that have become alien to democratic life, such as “sovereignty”, “dignity”, “pride” and “hope”. But how could it do so in a state of permanent financial crisis when it is forced to back down in each successive negotiation? And do so all the more painfully as the means designed to throttle the will of a restive populace were shown publicly, while the tormentors chuckled as they recounted the most recent confrontations.

...As its finance minister Yanis Varoufakis has made clear, Greece is “determined not to be treated like a debt colony that should suffer”. What is at stake goes beyond the right of a people to choose their destiny, even when a judge of democratic niceties as fine as German finance minister Wolfgang Schäuble reckons that they have “elected a government which is acting somewhat irresponsibly”. Because the question also concerns the possibility of a state extricating itself from destructive policies, rather than having to further toughen those policies each time they fail.

....Greece’s economic collapse, which has now lasted six years, is comparable to the damage that four years of military destruction and foreign occupation inflicted on France in the first world war.  Which explains why Tsiprias's government gets enormous pupular support — even from the right — every time it refuses to prolong such a destructive policy, and why it is unwilling to survive “like a junkie waiting for his next fix”. But Syriza has few friends outside Greece. As in Agatha Christie’s Murder on the Orient Express, to investigate the potential killers of Greece’s hopes would mean interviewing every EU government, and the chief suspect would be Germany: the failed disciplinary strictures are German, and it intends to squeeze those — especially in Mediterranean countries — who refuse to endure them indefinitely. In Spain, Portugal and Ireland, the governments’ motive for the crime is more sordid. Their citizens would benefit if the iron fist of austerity stopped pounding them. But their governments are afraid, especially when they feel threatened by a domestic challenge from the left, that Greece will demonstrate that it is possible to refuse to follow “a well-marked path, a known path, a path that the markets and the institutions and all the European authorities know,” the path that French finance minister Michel Sapin claims must be “explored right to the end”. The prospect of Greece breaking free would show that all these governments were gravely mistaken to make their people suffer needlessly.

Everyone knows that getting Greece’s debt repaid would be like “extracting blood from a stone” (Paul Krugman, The New York Times, 29 January). So why isn’t it equally clear that Syriza’s economic strategy to finance urgent social expenditure through a determined fight against tax fraud could draw on a young, determined, popular, political force, originating in social movements and free of the compromises and corruption of the past? Even if not marked out, the path is discernible. The uncertain future brings to mind what the philosopher Simone Weil wrote about workers’ strikes in France in June 1936: “No one knows how things will turn out. There is reason to fear a range of disasters. ... But no fear can erase the joy of seeing those who have always had to bow their heads, by definition, standing up for themselves. ... Whatever may happen next, we will always have had this. For the first time, and forever, there will be other memories floating around these heavy machines than silence, coercion and submissiveness”. The Greeks’ struggle is universal. Our good wishes no longer suffice. The solidarity it deserves calls for action. Time is still, as always, running out.

"The prospect of Greece breaking free would show that all these governments were gravely mistaken to make their people suffer needlessly."

There are many governments that need to learn this lesson. Stephen Harper needs to learn it. The Canadian people need to wake up and toss Harper on his austerity.

You're preaching to the choir here, Toby.

Harper hasn't gone for austerity as much as the Eurozone countries. We still should have had a more expansive spending policy though. I don't doubt that Harper will be more amenable to turning the money spigot on now that Alberta is struggling. He's not an idiot when it comes to keeping his "base" happy.

And compare British PM Cameron's austerity with the Eurozone: Cameron didn't sign the "stability and growth" pact, which would have handcuffed Britain's fiscal policy. Cameron pared back his austerity over the last two years of his administration (he front loaded the cuts).

Shinzo Abe is socially more a conservative that Harper, but fiscally he is far to his left. Of even the NDP I imagine.

Abe's a bait-and-switch guy, though. That's why "Abenomics" started out working and ended up sucking: He started out with some genuine job-creating Keynesianism. Let it work, claimed it was all because of the QE. Growth!

Then he ended the jobs, increased taxes and cut wages but kept the QE going and pretended not to notice the economy immediately tanking again (except for stock prices etc). Bastard.

At the rate things are going, I'm increasingly seeing no hope for Syriza to accomplish anything short of Grexit and looking to places like China for financing. The EU seems determined to crush Greece and crush harder if they show any signs of independence.

So much for flags!!