Oh, snap! Iran Corners the US. 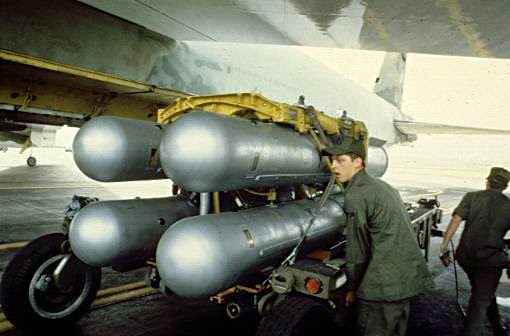 Iran has told the U.S. that it's prepared to get rid of all of its nuclear hardware, down to the last nut and bolt, if only the U.S. complies with the 1970 Nuclear Non-Proliferation Treaty.

"The Iranian people can no longer withstand the sanctions," Mr. Iqhal said. "We have thrown in the towel. All the Americans have to do is follow a treaty they helped write back in the Beatles era. It should be simple."

US diplomats refused to confirm or deny having received the Iranian proposal. Senate Republicans immediately denounced it as treaty-mongering that threatens Israel.

"Treaty-mongering" what?  Really?  Fish mongering is the selling of fish.  Fear mongering is the spreading of fear.  Treaty mongering, ergo, must have something to do with the proliferation of accords, agreements, conventions, protocols and treaties.  That sounds eminently reasonable.  And, besides, how does it threaten Israel, which possesses somewhere between 80 and several hundred nuclear warheads, if Iran gets rid of all of its nuclear processing hardware?

Now just between you and me, the United States, the only country that has ever used nuclear weapons, isn't about to give up its arsenal any time soon.  Not a chance, especially not with Russia refurbishing its own nuke arsenal.  Still, we can dream.

...reading the bulletin article I recognized the satire even before reaching the disclaimer at the end...

Yeah but shining light on the rank hypocrisy of the nuclear superpowers is always a good thing.

Except that the NNPT explicitly gives full access to the nuclear fuel cycle to all signatories- that was the whole point, and the only reason so many countries signed it. Forcing Iran to give up it's nuclear facilities is itself a gross violation of the most important part of the NNPT.
Also, adhering to the NNPT wouldn't mean requiring the US to give up it's nukes, the security council powers retained their nukes under the NNPT, that's the only reason THEY signed it.