There Goes the Neighbourhood 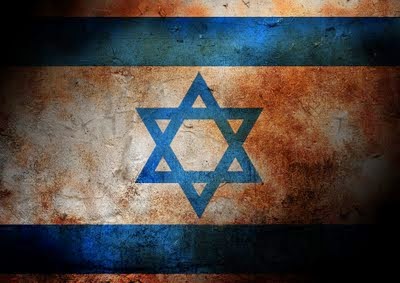 Benjamin Netanyahu is poised to pull his fat out of the fire.  Faced with a seemingly desultory turnout at the polls today and the prospect of losing badly to his Zionist Union rivals, Bibi summoned a little of that old magic and, in short order, the turnout at the polls increased.

“The right-wing government is in danger. Arab voters are coming out in droves to the polls. Left-wing organizations are busing them out,” Netanyahu said in a 28-second video in Hebrew posted on his Facebook page, according to a translation by Haaretz. “Get out to vote, bring your friends and family, vote Likud in order to close the gap between us and ‘Labor.’”
Netanyahu's magic appears to demonstrate that fearmongering, pretty much the essence of his campaign, works.  In an act of desperation he took to the airwaves today warning of a massive turnout of Arab Israelis at the polls and alleging that foreign operatives were at work to help the leftists defeat Likud.

The latest exit polls show Netanyahu and Zionist Union are in a virtual tie with some giving Likud a slight edge.  The outcome will influence each side's ability to strike the ever critical coalition needed to form government.  Likud has the advantage in the coalition game.

Netanyahu in the closing days of the campaign courted Israel's hard right with promises of no deal for a Palestinian state on his watch which probably means the Middle East peace process will go from nearly dead to complete flatline. Netanyahu has also promised to ramp up construction of illegal settlements in the Palestinian territories if he's returned to power.  That should cement Israel as a pariah state in the eyes of the advanced democracies of the world and, in all likelihood, be celebrated by giving the Palestinians another "mowing" at the hands of the Israeli military.
Posted by The Mound of Sound at 1:51 PM

The fact that fear and hatred seems to have worked for Netenyahu does not make me especially sanguine about our prospects for regime change here at home, Mound.

I can't believe people fall for this fear mongering Mound. Are people really that malleable? I guess we'll see tomorrow,

Isn't that the nature of reactionary regimes?

Urgh.
On the "peace process", though, it's almost a mercy. I mean, we're talking the patient stopped breathing, heart stopped beating, rigor mortis set in, undertakers put on makeup, nice clothes and injected formaldehyde, all while the Americans, Israelis and selected Palestinian "leaders" said things like "It's stunned. You stunned it just as it was waking up."

Be about time someone finally admitted this has been an ex-peace process for years.

When I saw that clip I almost puked at the most despicable appeal to voters I have ever seen. "The Arabs are coming to vote so all good Jews should beat them to it get out and stop them" I paraphrase but the message was clear - the Arabs are coming!

@PLG - I agree completely. It is a mercy, an open confirmation of what has been so egregiously denied all along. There never was a peace process that Netanyahu was willing to pursue and his illegal settlement policy should have been enough to make that plain. Now, however, that residual doubt that was so long exploited is gone.

Which brings up the question of where the parties stand today. The military occupation is now de facto conquest, the Palestinian communities now something of a gulag. Every Palestinian baby is born into captivity, a sentence without term or end. They're left to whatever conditions their gaolers permit subject to some degree of military onslaught every other year.

@ ben. Yes it was a very despicable appeal to the basest instincts in Netanyahu's supporters. "Arab voters are coming out in droves." It invokes images of a swarm of locusts or pack of wild dogs. Yet it worked.

Expect some ridings in Canada to have Conservative supporters told that "indians are coming out in droves."