This One Spells Trouble. 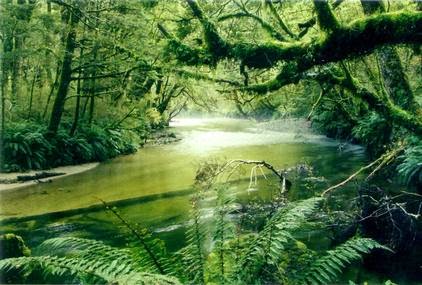 The vast Amazon rainforest is sometimes called "the lungs of the planet" for its historic role in absorbing atmospheric CO2 and replenishing our supply of oxygen.  That appears to be changing and not for the better.

A study finds that, over the past ten years, the trees of the Amazon are no longer absorbing nearly as much CO2 as in the past.  The Amazon has accounted for up to a quarter of all CO2 sequestered on land.  However, from 1990 to 2000, the forests' absorption dropped by 30% even as carbon emissions increased 21%.

Climate change has also transformed British Columbia's vast forest carbon sink into a net emitter of CO2 due to the massive pine beetle infestation, itself the result of climate change that prevents the necessary winter kill off to keep the pest populations under control.

Research has found that our greatest carbon sink, our oceans, are also losing their capacity to absorb atmospheric CO2.  We've taken the carbon sinks for granted and we depend heavily on them for a viable environment.
Posted by The Mound of Sound at 12:06 PM

Now's a good time to bulldoze more of the Boreal forest and dig up and burn more bitumen. Before anybody notices.