During the Vietnam War, America maintained a large and active riverine force to patrol the Mekong and its tributaries to engage Viet Cong elements.  It was a role featured in the movie, Apocalypse Now.  Remember this scene from the movie? 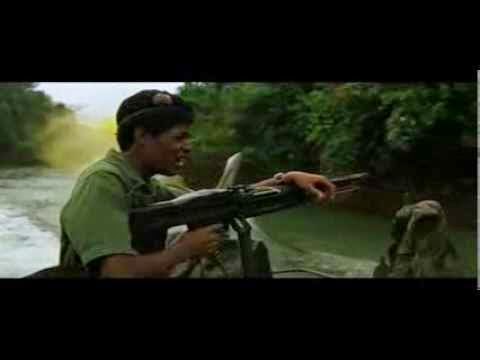 That was then, this is now only today it's the Rio Grande that the Americans are patrolling with machine guns. 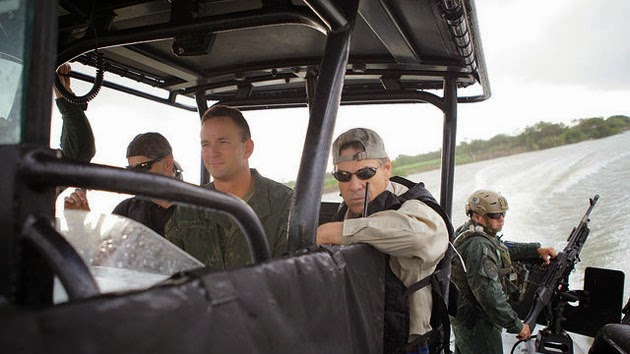 Gee that machine gun looks familiar.  Wow, it's the same (only a bit updated). But what about the menacing looking guy with the baseball hat and sunglasses? That's former Texas governor and Republican presidential hopeful, Rick Perry, manning up for what is claimed to be the now obligatory Rio Grande cruise for Republican aspirants.
Posted by The Mound of Sound at 10:28 AM