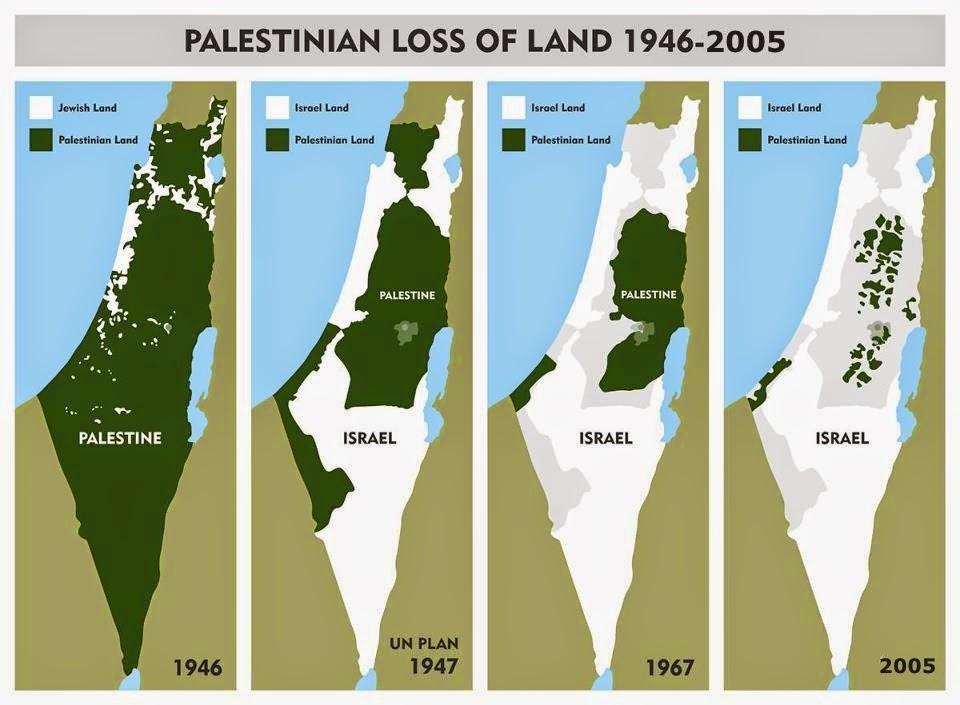 Maybe some day Benjamin Netanyahu will be known as the founder of the state of Palestine.  Strange things are happening.  From the Sydney Morning Herald:

Already the US is hinting that it might support a United Nations Security Council resolution that recognises Palestine along pre-1967 borders.

Until now it has repeatedly refused to endorse the resolution and Israel has always been opposed to it, insisting that only negotiations can bring about a lasting peace and agreed borders, but a US official has told The New York Times that Washington is "in a reality where the Israeli government no longer supports direct negotiations. Therefore we clearly have to factor that into our decisions".

"It cannot be more alarming – to have [Mr Netanyahu] do something which no leading Israeli politician has ever done – to rule out the prospect of a two-state solution," he said.

Summing up the week in Israeli politics, Haaretz columnist Gideon Levy said: "They voted for the man who admitted to having duped half the world during his Bar-Ilan speech. Now he has torn off his mask and disavowed those words once and for all. Israel said `yes' to the man who said `no' to a Palestinian state."

Daniel Levy, director of the Middle East and North Africa program at the European Council on Foreign Relations, said, "No one has been taking seriously the idea that you will get a two-state solution under Netanyahu, but if you can maintain the pretence, if the Palestinians are willing to maintain it, if the US and the EU are willing to maintain it, then it can be business as usual."

...The tactics Mr Netanyahu used to get elected – coming out against a Palestinian state – will have far-reaching consequences on Israel's standing in the international community, warns Daniel Seidemann, political commentator and an expert on Israeli settlements in East Jerusalem.

"There are people who only recently have heard the opposite from him – US Secretary of State John Kerry, German Chancellor Angela Merkel, for example – and I believe that tactics that Netanyahu used to get re-elected will haunt us for a long time.

"Netanyahu plays on Israeli fears and anxieties the way the virtuoso plays on a Stradivarius," he says.

Is it even possible for the Americans or Euros to play this game again?  How will they respond to the continued annexation of Jerusalem, more illegal settlements in the Palestinian territories or the next time Israeli deathware is dispatched to "mow the lawn" in Gaza?

Update - Guess who's heading to Israel to congratulate Netanyahu?  John Boehner.
Posted by The Mound of Sound at 10:10 AM

Netenyahoo if you watch Dig
you will know he is some
prize cow, that has broken the Hypocracy Instrumention with his latest wiegh in. Say what you will
about him as a politician he puts
Frank Undwerwood to Shame.