Is Somebody Sending Us a Message? 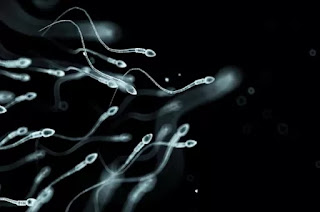 The news is that sperm counts are plummeting in the Western world. A 50% decline over the past 40-years.

The analysis did not explore reasons for the decline, but researchers said falling sperm counts have previously been linked to various factors such as exposure to certain chemicals and pesticides, smoking, stress and obesity.

This suggests measures of sperm quality may reflect the impact of modern living on male health and act as a "canary in the coal mine" signaling broader health risks, they said.

The bad news is that the decline is occurring in North America, Europe, Australia and New Zealand but not in the overpopulated and population bomb countries of Asia and Africa.

The first item I'd check is bottled water and the water is not the problem; the soft plastic bottle is. My guess (it's only a guess) is that the plastic exudes pseudo estrogens; many plastics do. You can follow it from there.


Who knows, Toby, could be.