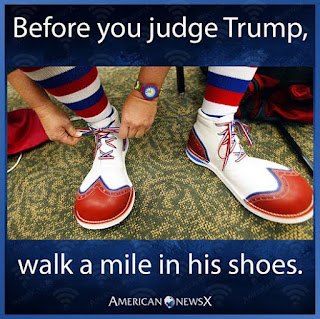 Donald Trump has kept his threat. He has declared a "national emergency" for the US Mexico border. He will use it to siphon funds from the American military or disaster preparedness agencies to build his fetish wall. Trump's main argument? He claims, despite a mountain of evidence to the contrary, that America is just now facing an "invasion" of illegals from the south infiltrating across the border.

With this declaration Trump erases any doubt that he respects or even understands the US Constitution and its vaunted checks and balances.

Let the lawyering ensue.
Posted by The Mound of Sound at 7:58 AM

As I wrote on Owen's blog, Mound, the alacrity with which Republicans like Lindsey Graham and Mitch McConnell have fallen into line on this move makes a mockery of the traditional checks and balances the legislative arm is supposed to provide on executive power. All Americans should be outraged at this capitulation, but of course, many of them will instead cheer loudly for their man.