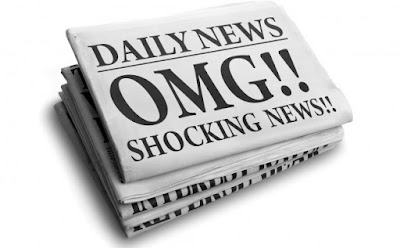 I don't know who coined the term "LavScam" to describe the SNC-Lavalin controversy but it does bring back memories of a real Liberal scandal during the government of a fellow named Chretien that set back the Liberal Party a full decade and, even now, lingers in the minds of many Canadians.

That first one, that was a doozie. No "alleged" wrongdoing. That was real meat & potatoes larceny to the tune of millions and millions of dollars purloined from the public purse.  Liberal people were convicted. Liberal people went to jail.

Ordinary people, the Great Unwashed, have long memories and the Sponsorship Scandal, AdScam is still the standard cudgel for those who assume if something is Liberal it must be corrupt.

What is that line about letting he who is without sin cast the first stone?

As I've said before, I don't have a dog in this fight. I carry no brief for Justin Trudeau or ex-Justice Minister Jody.  You may think she's terrific. To me she was instrumental in flouting the clear, per curiam decision of the Supreme Court of Canada on assisted dying in the Carter case, denying the Charter rights of desperately ill Canadians for political convenience. I've had no respect for her or Justin since then.  For my money they can both go hang.

Liberal faithful slam Jody. The even further rightwing party, Scheer's jackals, slam Justin. I don't care. I scraped the Liberal off my boots back when Ignatieff held court. To me, this looks like more of the same old, same old - and that's boring.
Posted by The Mound of Sound at 7:22 PM

the salamander says:
February 11, 2019 at 6:01 pm
.. the implication is..
Its possible to identify the alleged or suspected PMO staffers, as they are ‘suspected’ in regard to two current issues. Since their salary, expenses and possibly pensions are paid by Canadian taxpayers.. one presumes we can know exactly ‘who is employed in the PMO’.. and more specifically, said ‘suspected’ staffers with bad habits. It should not require an Ethics Investigation to find out how they occupy their days.. or what tasks are assigned them & by whom..

I don’t recall taxpayers having to pay anonymous or mysterious MP’s or Senators.. so why would we pay anonymous ‘staffers’ .. and.. do we even know their pay scale? Or qualifications ? Who would be able to provide such basic information

Well Mound, with no shortage of curiosity.. I do wonder what a fly on the wall would have heard in various cabinet meeting rooms, mainly. Sure, be great to know or at least trust what the main 'players' are now saying or not saying. You know.. what really went down. The only 'players' in this story who are not employed by us, the Canadian taxpayers, are those at the Globe & Mail. They seem to hold a key role.. as either valid whistleblowers or ridiculous rumor mongers. So my other curiosity is this. Will an Ethics Investigation always be triggered by such a shoddily worded & seemingly unsubstantiated article 'reported' in newspapers or on the tube ? Can a Steve Warmington generate such a reaction ? Or a breathless Evan Soloman on CTV tv? Rebel Media ?

How strange it is. We have 'dark money' in the election 'war chests' of our political parties at all levels. We had hidden secret 2nd bank accounts in a federal Richmond Hill riding,. So much money it was being distributed to other needy ridings. We did get the Cohen Report on the state of farmed vs wild salmon.. little was implemented. Where is the Investigation? How about the collapse of the Mt Polley dam? How did the owner of the mine get not a shrug from the Trudeau Government. No charges? We do know who hangs out, sunning on the deck of his mega (bigger thsn super eh) yacht.. that would be ms Rona 5Ambrose & her rodeo boy. Who is stifling the scandal of Boat Harbour, the absolutey dead and toxic tidal arm in Nova Scotia ? The list goes on and on, BC Rail? Anyone go to jail? Ms Redford ex Premier of Alberta, getting a custom penthouse domicile built for her and her daughter atop a government building.. hey hey n away we go. Elected Public Servants using 'burner phones' & text n email aliases plus sticky pads to avoid FOI discovery.. say what ?


Well, Sal, I think a couple of my posts today address some of your concerns. I don't know whether Trudeau did anything untoward with Justice Minister Jody and I don't much care. What troubles me is how Trudeau sowed the seeds of corruption with this diversion policy he snuck in through a 500 page omnibus bill.

It's easy to say that it's not corrupt, it's expedient. It's a reflection of today's commercial reality. Yet what we've seen in the States and elsewhere is how these ambiguous powers can expand, incrementally, until you wind up with something as venal as America's "bought and paid for" Congress.

Instead of acknowledging "too big to fail" as a threat to democracy, Trudeau's legislation entrenches it by allowing particularly valuable or favoured corporations to elude their criminal comeuppance.

That could have been resolved by stipulating that diversion would only be available to corporations that agreed to divest themselves of enough of their divisions that they might never again be "too big to fail." Only that was never this government's intent.

.. well, no arguement there, Mound..
My 'fly on the wall' analogy should include that upper class ass Andrew Scheer who laughably pretends he hews to a humble middle class life. Somehow twould seem he too met with the CEO of Lavalin who 'lobbied' him. Pray tell.. Mr Scheer.. the current understanding is the meeting was about deferred prosecution.. Any comment ?