Nikiforuk - "A New Low" Even for the NEB 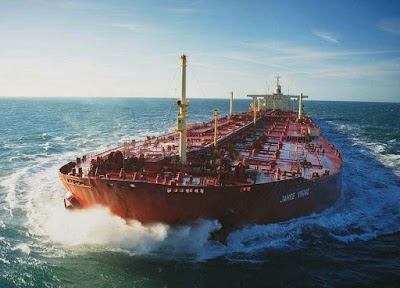 
With its so-called “reconsideration report” on the Trans Mountain pipeline expansion, the board has plunged into the shallows once again.

After a federal court struck down the project’s original approval because it failed to consider the impacts of increased tanker traffic or consult meaningfully with First Nations, the board pretended to revisit these issues in 155 days.

In doing so they conducted another flawed paper exercise that will be challenged in the courts again.

But this time around the board did admit that the pipeline and associated tanker traffic could devastate orcas, threaten the marine economy with the risk of oil spills and erode Indigenous cultural practices on the coast.

But hey, the benefits are so worth it, the NEB concluded.

And how did the board calculate the benefits?

The Canadian government, which now owns the 65-year-old pipeline, simply dug up the same 2015 Muse Stancil report commissioned by Kinder Morgan to justify the pipeline four years ago.

How’s that for a new standard of laziness?

And what assumptions did the outdated report make?

Well, Muse Stancil said Canada stood to make billions provided that oil prices would be above $100; assumed the Canadian dollar would be on par with the U.S. greenback; that other pipelines would not be built; that increased supply will win higher prices in Asia; and that all bitumen is subject to a North American discount — when in fact only a third is subject to such pricing.

None of these assumptions hold any water today.

Oil prices have slumped and entered a whole new era of volatility. At the same time the Canadian dollar keeps treading water.

Is the Canadian government, on behalf of a deleriously grateful nation, going to wind up subsidizing costs for pipeline customers?


...By refusing to take a fresh look at the economic data and changing global oil markets, the NEB is misleading Canadians who own the pipeline.

David Hughes, a leading Canada’s energy analyst and a former researcher for National Resources Canada, says he is scratching his head at the report.

All the NEB has to do is look at current oil prices to see the claim Asian markets will pay higher prices for oil sands crude is “just bogus,” he said. “The premium for heavy oil is the U.S. Gulf Coast, and not in Asia.”

It's hard to tell what is worse, the Trudeau government's duplicity or its incompetence.


As global heavy oil supplies have declined due to political chaos in Venezuela and other developments, Canada’s best market remains the U.S. Midwest and Gulf Coast where complex refineries exist to handle heavy oil, it found. “Lacking alternative markets, growing heavy oil supply from Canada has taken on an increasing role in meeting U.S. demand,” noted the report.

And why would NEB ignore economic developments in China?

Its ravenous industrial economy has made it the largest importer of oil, but that economy is now dramatically slowing. 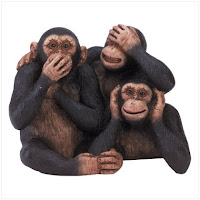 The board also apparently didn’t look at the latest oil sands report from GlobalData.

It warned that oil sands “processes are energy intensive, consume large volumes of water and result in emission of greenhouse gases in high volumes,” and that many financial service companies such as Equinor and HSBC will no longer fund such projects.

“Considering the overall complexity of the oil sands extraction process, global prices for crude oil will have to remain at comparatively higher levels to ensure profitability from oil sands projects,” it warned.

And how is that supposed to happen in a world loosely committed to lessening oil demand?

Show me the money, honey.


Hughes said the idea Canada can get rich through oil sands exports is just not borne out by the data.

Canadian governments collected $16.6 billion in royalties from oil and gas extraction in 2000, but that number had shrunk to $6.8 billion by 2017, according to figures provided by Canadian Association for Petroleum Producers.

At the same time Canada doubled oil production, largely from the oil sands.

“We doubled production and got $10 billion less in royalties,” said Hughes. “We are not getting anything for the resource, and the export of oil is having a huge impact on our GHG [greenhouse gas] emissions.”

And obviously, the Canadian government and its servant, the National Energy Board, haven’t got a clue.

.. thanks mr. Mound.. Saw your post appear last night
decided to save it for fresh eyes this 5 ayem

What can one add to a Nikiforuk article ?
He's simply one of our exemplars..
I'll pass it on via my twitter and Facebook
with a simple intro.. 'A Must Read'

Such a blunt message needs to be in/on bus shelters
or across the tracks for subway and Go commuters
where cosmetic & radio station ads live..
while they are waiting for a train etc.. ideally not playing video games
out of sheer boredom re their lives .. or families

US boycotts of Iranian and Venezuelan oil may change trading patterns. China is edging towards buying more from these two sources. If China gets what it needs from these lower price and higher quality suppliers, fewer tankers will leave BC not more and the tar sands will be a more stranded asset than they are now.

Now that the NEB has given the pipeline a green light, I guess all that remains is to set up some no-bid construction contracts for SNC-Lavalin. All "in the national interest," of course.

There is desperation in Ottawa and Alberta. The leaders of both want the Tar Sands to turn limitless profit from limitless growth, but it isn't there. It's just stinking tar. It's good for roofs and roads, but has to be worked to be of use for anything else. It needs nearly the same amount of energy to get anything out of it. And its value is entirely dependent on its market price. And right now, and for the foreseeable future, crude is cheap, which is no good for the Tar Sands. It needs sky high prices.

It needs to be the only source of crude around, but so long as the US is fracking, bitumen will never be the sole source of energy. And with gains in electrical technology, it'll become more and more irrelevant.

However, that's in the future. And that future and now are not yet connected. There's still major bottlenecks. And this exra-dirty crude will still continue to burn. And not much of it needs to burn for it to have an out-sized impact on global warming and climate change. Just a little of it does a lot.

And so, Canada's stuck with stinking, dirty, polluting crude that's no good to most anyone, and is far too much trouble to just about anybody.

And so, Trudeau and Notley are praying for this pipeline as salvation from sinking into a slow moving but eventually devastating deflationary spiral. It gives credence to Marx's thoughts on Commodity Fetishism, although probably not as he outlined. It's a severe dysfunction that needs further development from a Functionalist perspective.

Nikiforuk nails it here, Mound. His is a stinging indictment of national and sub-national governments that have lost their moorings. Wishful thinking, willful ignorance and a total disregard for our responsibilities to the larger world should earn them the contempt of all thinking Canadians.

Leave it in the ground until it is eventually "the only source of crude around". Then it can provide the source of energy portability that will enable the descendants of the rich to escape the planet. It seems to me that I remember Carl Sagan giving some advice along those lines.

Well, I’m waiting for Jason Kenney’s (even Rachel Notley) rebuttal to this where he (she) will “put truth to power”. Bwaaaahhhaaaaa!! Mac


Well, judging by all your comments, it appears we have a consensus - this is a bad idea.

Not mentioned in this post is the federal government's application to the NEB for permission to float $2 billion in subsidies to promote the pipeline to energy companies. And yet the federal and Alberta governments claim this pipeline will be in hot demand. Apparently, not so much.

As Troy points out there's real desperation oozing out of Rachel and Justin's pores. This has little to do with the economy and it's mainly a political football. That's why it's always wrapped in lies.

If yesterday's G&M piece is true, Jr's PMO had to get rid of Jody cause she was filing the courts with judges that will be truly non-political. Like the ones that stopped KM in the spring.
The SNC story was a good distraction, (and now turning into a bad one cause they are so incompetent.)