Monbiot Sees Disaster Capitalists Gathering in the Wings of Brexit. 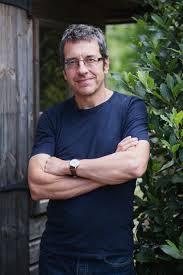 There's money to be made out of chaos. That's the whole point of disaster capitalism and those who play that game see vast potential in the UK plummeting into a "no deal" Brexit.

Guardian enviro-scribe, George Monbiot, sees Britain's well-to-do doing even weller if they can steer Britain into a "hard Brexit."


It will be the poor who get hurt, first and worst. The rich leavers demanding the hardest of possible Brexits, with their offshore accounts, homes abroad and lavish pensions, will be all right. I remember the eerie silence of the City of London. While the bosses of companies producing goods and tangible services write anxious letters to the papers, the financial sector has stayed largely shtum. Shorting sterling is just the first of its possible gains.

...A no-deal Brexit might offer the regulatory vacuum the Brextremists fantasise about. The public protections people have fought so hard for, that we obtained only through British membership of the EU – preventing water companies from pouring raw sewage into our rivers, power stations from spraying acid rain across the land, chemical companies from contaminating our food – are suddenly at risk.

...Last week the Guardian reported panic within government about the likely pile-up of waste that Britain sends to the EU, in the event of no deal. The combination of a rubbish crisis, administrative chaos and mass distraction could be horrible: expect widespread fly-tipping and pollution. So much for the extremists’ euphemism for no deal: “clean Brexit”.

The government’s commitment to upholding environmental standards relies to a remarkable extent on one man: the environment secretary, Michael Gove, who has so far doggedly resisted the demands of his fellow leavers. Had any one of his grisly predecessors been in post – Owen Paterson, Liz Truss, Andrea Leadsom – we wouldn’t have even the theoretical protections Gove has commissioned. Boris Johnson has suggested that leaving the EU will allow us to dismantle green standards for electrical goods and environmental impact assessments. Iain Duncan Smith has pressed for the removal after Brexit of the carbon floor price, which has more or less stopped coal-burning in the UK.

With Liam Fox in charge of trade policy, and the US demanding the destruction of food and environmental standards as the price of the trade deal he desperately seeks, nothing is safe. A joint trade review by the British and Indian governments contemplates reducing standards on pesticide residues in food, and hormone-disrupting chemicals in the plastics used in toys. This must be heartening for Jacob Rees-Mogg (known in some circles as Re-smog), who has proposed that we might accept “emission standards from India”, one of the most polluted nations on Earth. “We could say, if it’s good enough in India, it’s good enough for here.”

There is no guarantee that Gove, the unlikely champion of public protection, will stay in his post after Brexit. If we crash out of Europe, the dark money that helped to buy Brexit will strive to use this opportunity to tear down our regulations: this, after all, was the point of the exercise. The tantalising prospect for the world’s pollutocrats is that the UK might become a giant export-processing zone, exempt from the laws that govern other rich nations. It’s a huge potential prize, which could begin to reconfigure the global relationship between capital and governments. They will fight as hard and dirty to achieve it as they did to win the vote.

Is Monbiot right? Will a hard Brexit be an ecological disaster for Britain? No one can know until this nightmare is over and the predators have had their chance with the prey.
Posted by The Mound of Sound at 9:27 AM

Monbiot issues one of his rare half-decent rants. Of course he's correct. The wonder is that the editors of the Guardian, a neoliberal rag pretending to be otherwise, allowed him to publish it. They keep tight reins on their staff. Off-Guardian website and Anti-Media website in the UK show what a two-faced operation the Guardian is - ex-Guardian journalists who couldn't stand the corporate line they were forced to adopt, that of sweeping facts under the rug, left in disgust, as did Jonathan Cook now living in Palestine.

If the Guardian had any honour, it would have supported Corbyn instead of ridiculing him even as did the BBC, a hardly neutral government media organ. But no, the aristos and the business people co-opted all the newspapers and media, while the country suffered under master liar Blair and austerity under Cameron - social services have gone downhill for years, people being told to accept the pain. But not in rich parts of London, where everyone lives high off the hog at the peasants' expense. There is nobody as cold to the ordinary people as a judging upper class Brit trough-feeder. They couldn't care less about anyone else. Seen it time and again. These are deeply dishonourable people. Kind of like Trudeau with Wilson-Rayboldt. Bought, paid for and how about a free vacation on the Aga Khan's resort?

My home country, the UK is also bought and paid for by the wealthy. Neoliberalism run amuck since that complete Twa*t Thatcher. Jeez, even a pat of butter is extra for your scone in Blighty these days - there's a price on everything. Rees-Mogg is a lunatic, Boris is interested only in Boris, and not a soul of any stature comes forward to rescue the place - or actually, is ALLOWED to. Dyson, the vacuum man and a Leaver, now has decamped to Singapore once he saw the shit he was promoting would ruin him. The rest of the rats are hard on his heels. Time for a revolution, methinks.

We a cursed by a ruling class this is ignorant of history and is convinced that the universe revolves around them. Disaster follows in their wake.


As in the States, it really does come down to predators, with the complicity of the political establishment, unleashed on the prey.

Monbiot is a phony. What is his argument? The British are savages incapable of governing themselves? The country will fall apart if euro-oligarchs are not in control?

The reason workers and the poor voted Leave was because they saw the EU was a giant scam that had devastated their living standards. Free trade to mark Western wages to global markets. Open borders to import cheap labor for businesses they can't outsource. Same thing happening in America.

Liars in Public Places are too clever by half. They end up becoming greater fools thinking they can fool all the people all the time.

The euro-oligarchs are the real disaster capitalists. They created a trans-national government to rule from above the fray of democracy. Impose neoliberal economic reforms on a largely social-democratic population who would never vote for them.

Central banking policy that put the screws to the economy. The phony euro which economists like Paul Krugman, Simon Wren-Lewis and Joseph Stiglitz said was a terrible economic policy from the get-go. – Unless you turn the entire EU into a giant country with equalization payments to level living standards.

But that's not what the eurogarchs have in mind. They manufacture disaster to bleed the continent dry. To bust labor. To kill living standards. To load people down with all manner of debt.

– Much of it due to trade deficits driven by Germany's staggering trade surplus – which Germans would benefit from if they had their own currency. Instead eurogarchs who own German stocks reap the fruits of their labor in euros. (Which are like millstones in the form of external national debt.)

Read "Robert Mundell, evil genius of the euro" in The Guardian. The "Friedmanian disaster-capitalist" (Naomi Klein) who designed the euro, wrote a paper saying national currencies and national central banks were the ideal. The euro and the EU were designed to fail.

Stopping destructive behavior does not lead to disaster – contrary to popular belief.

Want to talk history? Only people who are ignorant of European history can think another fanatical euro-unitarian movement is a good idea.

First you have Constantine who was a cultural totalitarian. Destroyed the Roman Empire by turning it Fake Christian. "Cement of the empire". Talk about unity!

It was founded on absurd religious intolerance that began with a war on Arian Christianity (325 AD.) It destroyed the rich, diverse, multicultural, multinational civilization Caesar had set in motion like an invasion of the Borg.

Charlemagne, leader of the Franks, was another fiercely intolerant Catholic. He senselessly slaughtered the tolerant Arian Christians and was crowned "Holy Roman Emperor" by the Pope for his "Act of Faith." This formed the basis for the crusades and inquisitions.

Surely Europe got better dividing along religious and nationalist lines when Martin Luther nailed his 95 gripes to Wittenberg Door – than what Holy Roman Emperor Charles V of Spain would've brought. Like the continuation of Renaissance humanism, art, math, science, etc.

The Counter-Reformation was another disastrous euro-unitarian endeavor. Plunged the world into war that lasted a century "for the gods they made." One could say it never ended.

Napoleon ended the thousand-year HRE to attempt to recreated it in his own image. Crowned himself in front of the Pope. Tried to conquer Europe on the basis he was bringing democracy to the continent. Like Alexander the Not-So-Great. Both after destroying it.

Next came Hitler. Not a national socialist. But another euro-unitarian Holy-Roman-Emperor wannabe in the God-forsaken tradition of Charlemagne.

Gotta say. The euro-unitarian argument is not looking so good. And neoliberals (and baby-neoliberals) don't have anything to add – outside of fanatical hatred for anyone with an unfashionable opinion – not stamped with the Holy Roman Imprimatur from On High.