There's a Reason They Called it MAD. 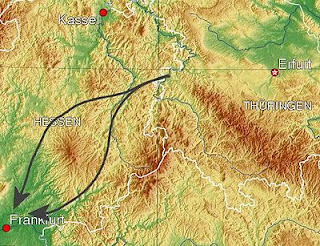 They were all the rage in my day. Tactical nuclear weapons, mini-nukes, or "those little bags of instant sunshine."

Somewhere around here I've got a then-"secret" field manual laying out how these weapons were to be used in the event of a massive Soviet invasion of western Europe.  All eyes were on the Fulda Gap, two corridors through which it was expected a flood of Soviet and Warsaw Pact tanks would pour into the central German plain and then on to the English Channel.  The idea was that those corridors provided convenient "choke points" where massed Soviet tanks and vehicles might be eliminated with tactical nukes delivered by NATO fighters including Canada's CF-104 Starfighters.

It was a dangerous gambit. There were so many unknowns. Would it encourage the Soviets to use similar weapons to annihilate NATO bases and our forces in the field?  Might an exchange of low-yield nukes escalate into a full-blown, civilization ending exchange of ICBM volleys?  The theory, as I understood it at the time, was a hope that using nukes to block a Soviet surprise attack would buy both sides two, maybe even three days to cool down and negotiate some way out of Armageddon. 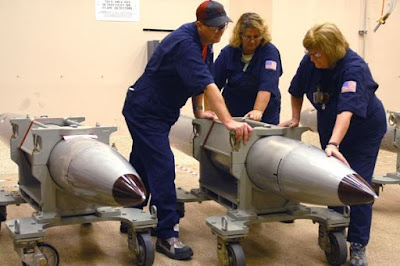 With time the luster of tactical nuclear weapons faded.  Sure there were still arsenals of B-61 gravity bombs (above) scattered about. There still are. Most of the other stuff - the atomic cannon, the nuclear depth charge, that sort of thing has gone.

That sleeping giant is stirring again and, in a world already facing a variety of potentially existential threats, it does feel like "piling on."

Russia, meanwhile, is fielding new nuclear delivery systems of its own.  Among them are a robotic nuclear-powered, nuclear-armed submarine that could travel very deep, very fast, over very long-ranges, navigating its way into America's coastal ports and naval bases. There's also, according to Putin, a nuclear powered, nuclear armed cruise missile. There's a new nuclear submarine-launched Russian missile and Putin has just pledged to develop a new intermediate-range nuclear missile. How does that grab ya?

Fortunately we've got a very rational, very stable genius in the White House. Thank God and the United States of America for that.
Posted by The Mound of Sound at 12:00 PM