Mueller. He's Not Done. Not Even Close. 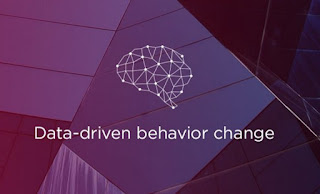 Everytime it seems special counsel Robert Mueller's investigation must be close to wrapping up something new pops up. This time it's Robert Mercer and Steven Bannon's vote-rigging company, Cambridge Analytica, believed to have engineered voting in critical swing states in the 2016 presidential election.


A director of the controversial data company Cambridge Analytica, who appeared with Arron Banks at the launch of the Leave.EU campaign, has been subpoenaed by the US investigation into possible collusion between the Trump campaign and the Russian government.

A spokesman for Brittany Kaiser, former business development director for Cambridge Analytica – which collapsed after the Observer revealed details of its misuse of Facebook data – confirmed that she had been subpoenaed by special counsel Robert Mueller, and was cooperating fully with his investigation.

Mueller's move also seems to be stirring the Brexit pot.


Damian Collins, chairman of parliament’s inquiry into fake news, said it was “no surprise” that Kaiser was under scrutiny by Mueller because “her work connected her to WikiLeaks, Cambridge Analytica and [its parent company] SCL, the Trump campaign, Leave.EU and Arron Banks”.

He said it was now vital Britain had its own inquiry into foreign interference: “We should not be leaving this to the Americans.”

Tom Watson, the deputy leader of the Labour party, echoed Collins’s statement, saying: “This is the first evidence that a significant player in the Leave.EU campaign is of interested to the global Mueller inquiry. People will be bewildered that the British government has no interest in establishing the facts of what happened.”


... In October 2017, it was revealed that Alexander Nix, the chief executive of Cambridge Analytica, had contacted Assange in August 2016 to try to obtain emails from Hillary Clinton’s presidential campaign – which indictments from Mueller’s team say were obtained by Russian military intelligence – to use in Donald Trump’s campaign. When Kaiser gave evidence to parliament last year, she was asked about her relationship with Assange and WikiLeaks but failed to reveal that she had met Assange.

It sure sounds like this is Brittany Kaiser's "come to Jesus" moment. By now she has to know when Robert Mueller comes calling the only smart move is sing baby, sing. 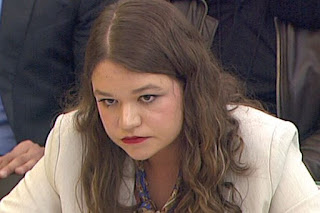 The chorus is getting louder everyday, Mound. Only the stupid are plugging their ears.

But somehow we're seeing all sorts of attempts to become superior.. to take charge of various control room environments, grab control or sabotage most of the steering, propulsion, oxygen & water providing systems so to speak (even though we are locked in orbit around a grear sun & we can never leave that orbit). These mutants or mutinous aspects of the crew feel superior somehow.. or demand more than their share of space, location, food or water, yet meanwhile the spaceship is overcrowding, creaking at the seams, water shortages, seemingly random short circuits, ominous noises & groans.

But these bizarre renegade cells keep planning, plotting, scheming, robbing, spying, aligning with other mutating cells. The spaceship is of course comparmentalized, somewhat by 'nationality', religious faction, organized criminals.. some compartments have managed to remain uninfected by greed, extremism, fictional christianity or other nonsensical religious beliefs, or attempts to wage war on other compartments. One rather large compartment has managed to get its 'protective defense forces' to become 'offensive forces' in approx 73 other compartments nowhere near them.

Well, you see where this seeming analogy is going.. Thus we see in our ever shrinking world.. the incredible attempts by corrupt political systems, organized rascism, drug smiggling, international fraud, criminal conspiracy, collusion, widespread deceit, graft & grift, extreme partisanship, money laundering, fascism.. you name it - they are out there doing it..