Will Climate Collapse the Economy? Sure It Will. 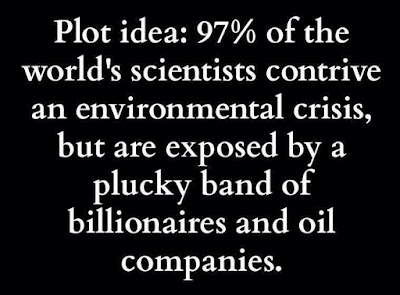 Climate change is many things. Among them, it's a great disrupter. We are by now too familiar with scenes of torrential floods, withering droughts, crippling Polar Vortex winter storms that snarl traffic, delay flights even keep coastal ferries tied up at their docks.  We're starting to get familiar with the human toll of climate change - the dislocation, migrations, deaths. Now we're being warned to prepare for another climate change impact - the economy.

The gathering storm of human-caused threats to climate, nature and economy pose a danger of systemic collapse comparable to the 2008 financial crisis, according to a new report that calls for urgent and radical reform to protect political and social systems.

The study says the combination of global warming, soil infertility, pollinator loss, chemical leaching and ocean acidification is creating a “new domain of risk”, which is hugely underestimated by policymakers even though it may pose the greatest threat in human history.

“A new, highly complex and destabilised ‘domain of risk’ is emerging – which includes the risk of the collapse of key social and economic systems, at local and potentially even global levels,” warns the paper from the Institute for Public Policy Research. “This new risk domain affects virtually all areas of policy and politics, and it is doubtful that societies around the world are adequately prepared to manage this risk.”

...The authors examine how the deterioration of natural infrastructure, such as a stable climate and fertile land, have a knock-on effect on health, wealth, inequality and migration, which in turn heightens the possibility of political tension and conflict.

The paper stresses the human impacts go beyond climate change and are occurring at speeds unprecedented in recorded history.

Well that will be a kick in the nuts to the political caste, including our own, who have put expanding the economy - perpetual, exponential growth, a.k.a. malignancy - above all else including preparing a viable future for young Canadians and generations to follow.

Climate change may undermine neoliberalism but not before the dereliction of our political leaders exacts a human toll, likely a lasting human toll.

Climate change is exacting a toll here on the wet coast. Who would have imagined three snow days in a row, conditions severe enough to make it unsafe for our ferries to ply our inland waters? Then again who would have imagined this influx of newcomers out of the south - humpback whales, transient orca, superpods of white sided dolphins, into our waters?

Evidence on the deterioration of natural systems is presented with a series of grim global statistics: since 2005, the number of floods has increased by a factor of 15, extreme temperature events by a factor of 20, and wildfires sevenfold; topsoil is now being lost 10 to 40 times faster than it is being replenished by natural processes; the 20 warmest years since records began in 1850 have been in the past 22 years; vertebrate populations have fallen by an average of 60% since the 1970s, and insect numbers – vital for pollination – have declined even faster in some countries.

Humanity is interconnected with every other lifeform on our planet. If they die off, so do we. You would never know that from the cavalier attitude of our leaders, the very people we entrust with the future of our grandkids. To them we hand the power to deal with these threats but they're far more concerned with building pipelines and flooding world markets with climate destroying bitumen than the safety and welfare of the public, especially our younger generations.

From our prime minister on down, from the Liberal Party to the Conservative Party, even to the NDP, we're beset with their "not just yet" attitude that ignores these looming threats, no longer on the distant horizon but much closer, in the belief they can still make hay while the sun shines.

Naw Mound! Our new way of preparing food will take good care of all worries regarding soil and the environment....Don't get me wrong...I am not in favour of eating 1 kilo of meat every day. As a matter of fact, I rarely eat meat. But the governments half arsed attempt at changing Canadian attitudes with this new food guide is a half arsed way of trying to convince us we need to consume more pulses, vegetables and fruit in an attempt to stabilize our land food production rather than saying it in straight English, stop eating meat, it is depleting fertile soil and polluting the air we breath"! What a great way of saying nothing about nothing! Anyong

Probably the best protein plant is beans. Not rice or cawn. Beans, beans, glorious beans. Expect to eat lots more of them as the final day of climate catastophe draws closer. We want to be alive to see the final days. There will be a final feast of stockpiled Heinz beans in the underground billionaire compounds now dotted across New Zealand just before the final hour. Nuclear war or climate armageddon. No difference, in either case we all croak in the end.

Excellent pic, btw. Same argument the "we didn't land on the moon" conspiracy theorists use. 50,000 NASA employees covered the scam up, don't you know.