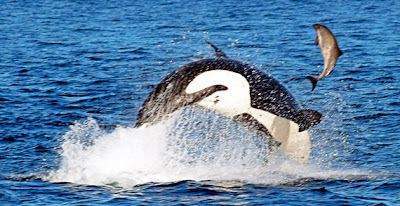 It seems Harper isn't finished working over British Columbia in preparation for forcing through the Northern Gateway bitumen pipeline-supertanker venture.

Enbridge Inc.'s proposed Northern Gateway pipeline project is getting special attention from the federal Fisheries Department, according to an internal email.

In what critics call an unprecedented step, the department has listed a "Northern Gateway Liaison" at a top level of its organizational chart, under a reorganization prompted by the 2012 budget's sweeping Fisheries Act amendments.

The position will report directly to the executive director of the National Ecosystems Management Branch at the department's headquarters.

"This suggests an unprecedented level of access and engagement for a specific project," said Green party leader Elizabeth May, former adviser to a federal environment minister. "This is the reality of a government that has told the bureaucracy, 'be prepared to make sure this project goes through.' "

Now you know how Newfoundland and Labrador feels.