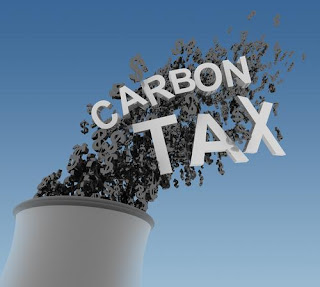 Oh this will go over well with Ol' Shifty Steve Harper.

A gaggle of poor nations are asking major oil producers to levy a 3-5% carbon tax on oil exported to affluent countries.   The receipts would then be deposited in a "green climate fund" to help the poorest and most vulnerable countries adapt to global warming.

The Ecuadorean president, Rafael Correa, proposed a carbon tax at a summit of Arab and South American countries in October in Peru which included the heads of state and energy ministers of nine of Opec's 12 countries. The Guardian understands the proposal was taken seriously and not dismissed out of hand. The idea was first mooted in 2001 by former World Bank senior economist Herman Daly – leading it to be dubbed the "Daly-Correa tax" – and will be further discussed by Opec countries at the UN climate talks which open on Monday in Doha.

"The first global tax on carbon emissions would achieve the most efficient and just way to do what [the] Kyoto [protocol] has failed to do: make carbon emitters internalise the effects of their actions and pay for the pollution they create," Correa told the summit.
Posted by The Mound of Sound at 11:39 PM