When CIA director David Petraeus resigned, he pointedly stated that his affair with his biographer, Paula Broadwell, began after he left the U.S. Army. 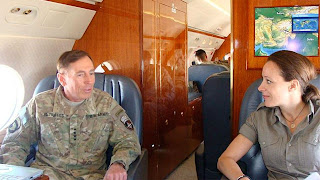 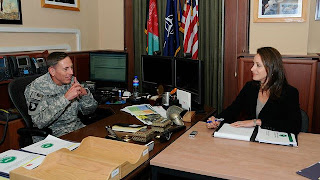 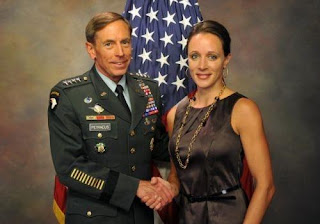 With the revelation of a second woman, Jill Kelley, it makes one wonder with how many women did Petraeus do the bouncy bounce? Were they on company time?

What's the title of her biography of him?

The title is "All In" I'm guessing "Balls Deep" was taken.

Petraeus story is interesting. But more troubling is Bush and Cheney who are war criminals and running free.

Give a man enough rope, and he'll hang himself. Seems like an apt quote:
http://www.guardian.co.uk/commentisfree/2012/nov/13/petraeus-surveillance-state-fbi