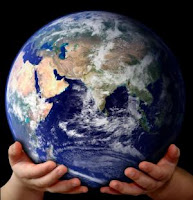 On the books right now are plans for the construction of 1,200 more coal-fired power plants that will create emissions equal to another China, today's greatest greenhouse gas emitter ahead even of the United States.

The world is straying further away from commitments to combat climate change, bringing the prospect of catastrophic global warming a step closer, a UN report said on Wednesday. The warning came as nearly 200 governments prepare to meet in Qatar for international climate negotiations starting next Monday.

The warning of increasing emissions came as fresh evidence was published showing the last decade was the warmest on record for Europe. The European Environment Agency (EEA) said all parts of the region had been affected, with higher rainfall in northern Europe and a drying out in the south, bringing flooding to northern countries including the UK, and droughts to the Mediterranean.

According to the United Nations report, drawing on research from more than 50 scientists, the widening gap between countries' plans and scientific estimates means that governments must step up their ambitions as a matter of urgency to avoid even worse effects from warming. "The transition to a low-carbon, inclusive green economy is happening far too slowly and the opportunity for meeting [scientific advice on emissions targets] is narrowing annually," said Achim Steiner, executive director of Unep.

This gap between the cuts needed and the cuts planned brings the prospect of dangerous levels of climate change - entailing more extreme weather including floods, droughts and fiercer storms, such as those witnessed this year - much closer.

Even if countries manage to change direction in time and meet the emissions-cutting targets they have committed to in the past three years, the gap will still be large - about 8 Gt by 2020. To meet scientific advice, countries would have to agree to much bigger curbs on emissions than they have yet done - and there is little chance of that happening at the next round of annual climate negotiations, which begin on Monday in Doha, Qatar. At the fortnight-long talks, ministers are expected to set out a few more details of how they will work towards their agreed plan of drawing up a new global climate change treaty by 2015, to come into effect from 2020.

Steiner put on his optimistic face and said "there's still a chance" that world governments could prevent the worst but only if governments avoid becoming "locked in" to high-carbon infrastructure (can you say Tar Sands?).

And what are Canadian leaders going to do with our remaining "chance"?   Well, from Mulcair to Trudeau to Harper, they're all going to support the expansion of the Athabasca Tar Sands production several times over.   They're all on the very same page when it comes to ensuring Canada is indeed "locked in" to a high-carbon economy.
Posted by The Mound of Sound at 10:24 AM

Here is the area of our funding:

Our funding interest rate is 3% with 1 year grace period, and the client needs to ensure his/her project with an insurance company of the total loan sum to guarantee the loan as collateral.