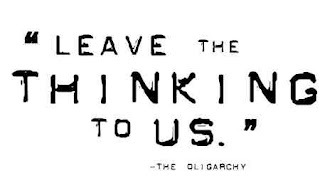 This is as finely calibrated as any slogan ever has been to resonate deep in the amygdala, the lizard brain, with which we choose our leaders.

As I have said before, Mulcair's Oct. 24 foray in the House of Commons on Bill C-45 was a master class in political rhetoric. Anyone who reads it will see he is avidly courting the centre - not the left and not even, particularly, the centre-left. He's after Harper's crown jewels. In this light, Mulcair's "Dutch Disease" thesis, pitting Ontario's limping manufacturing economy against Alberta's oilpatch, is the weird, discordant note. Don't be surprised to see him gently sidle away from it as the months pass.

The great risk to Harper is not that Trudeau promises to upend Conservative economic reforms; it's that he promises to uphold most of them, while offering himself as a more attractive character, with a more open, inclusive, engaging style of government.

There seems to be an incredible compression underway in Canadian politics.   Yet without the broadest political spectrum the vision essential for healthy democracy is blinded and we wind up with a black hole capable of sustaining only technocracy.

Harper is a technocrat, albeit with suppressed theocratic instincts, and those who chase after him almost certainly will follow his course.

Can Canada as we have known it survive without a strong Left and a strong Right, each pulling at the Centre?   Surely it's the vision we get from this broad and dynamic political spectrum that draws attention to the real needs and problems facing the country and our people, both today and in the future.   Submission to the political compression of centrism and technocracy, championed so effectively by Stephen Harper, causes us to overlook and bypass the problems and challenges that are coming our way.

Trudeau just reminds me too much of Blair. I remember the genesis of New Labour in the UK. They got elected by being as Conservative as the Conservatives but also being more appealing to the eye and cool to boot. They were the ultimate Conservative pig with a touch of Liberal lipstick.
To those of us who respected and liked John Smith and the real Labour folk it was sad to see the name being sullied by the wankers who formed the Blair regime.
If only Smith had not died so suddenly and actually had been allowed to run the country I feel that Britain would be a much better place today.
In fact I had a horrible feeling of deja vu when Layton went too soon here in my new home.

I share your sense of loss, albeit not in the death of Layton. Like Blair, Layton was determined to shift the New Dems to the political centre. Mulcair is merely carrying on that same plan.

God knows what the NDP was doing all those many decades but it sure has little taste for that now. The lure of possible power has the party eager to reconstitute itself as the new liberal party even as the Libs reposition themselves as Conservative Lite.

The political spectrum is being compressed into a narrow band of grey. The country will be ill-served for that.