There's Your Problem - Too Damned Much Wiggle Room 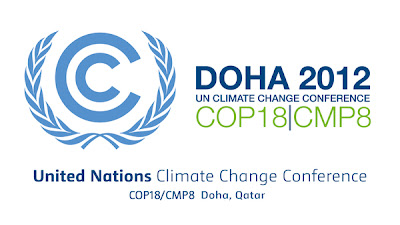 The wrench in the gears that prevents meaningful international action on global change is the enormous wiggle room in the debate.  This arises, in large part, because of the opportunity for the players to argue overall emissions versus per capita emissions.

China, for example, recently became the top CO2 emitter overall closely followed by the United States.   But compare China's population with America's.  China has 1,344-million people.  America, at 311-million, is only a quarter as big meaning American per capita emissions are roughly four times that of China's.  Beijing's ace in the hole is the argument that a good chunk of its overall emissions is from manufacturing commodities for other countries making it something of an emissions proxy for Wal-Mart shoppers.

The best example, however, comes to us from the host of this year's Doha climate change summit, Qatar.

Environmentalists found the choice of Qatar as host of the two-week conference ironic. The tiny Persian Gulf emirate owes its wealth to large deposits of gas and oil, and it emits more greenhouse gases per capita than any other nation.

Even Qatar gets it.   For the great majority of countries, Canada very much included, there's always an out.   Hey, maybe that's what we need - a third metric - carbon emissions per sq. km. of land mass.
Posted by The Mound of Sound at 6:59 AM