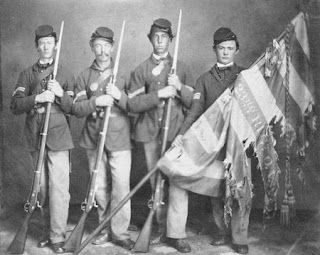 Robert Reich sees an America increasingly divided into two distinct camps steadily withdrawing from each other.

It’s almost a civil war. I know families in which close relatives are no longer speaking. A dating service says Democrats won’t even consider going out with Republicans, and vice-versa. My email and twitter feeds contain messages from strangers I wouldn’t share with my granddaughter.

The town where I grew up in the 1950s was a GOP stronghold, but Henry Wallace, FDR’s left-wing vice president, had retired there quite happily. Our political disagreements then and there didn’t get in the way of our friendships. Or even our families — my father voted Republican and my mother was a Democrat. And we all watched Edward R. Murrow deliver the news, and then, later, Walter Cronkite. Both men were the ultimate arbiters of truth.

But now most of us exist in our own political bubbles, left and right. I live in Berkeley, California – a blue city in a blue state – and rarely stumble across anyone who isn’t a liberal Democrat (the biggest battles here are between the moderate left and the far-left). The TV has hundreds of channels so I can pick what I want to watch and who I want to hear. And everything I read online confirms everything I believe, thanks in part to Google’s convenient algorithms.

That geographic split also means more Americans are represented in Congress by people whose political competition comes from primary challengers – right-wing Republicans in red states and districts, left-wing Democrats in blue states and districts. And this drives those who represent us even further apart.

But I think the degree of venom we’re experiencing has deeper roots.

The nation is becoming browner and blacker. Most children born in California are now minorities. In a few years America as a whole will be a majority of minorities. Meanwhile, women have been gaining economic power. Their median wage hasn’t yet caught up with men, but it’s getting close. And with more women getting college degrees than men, their pay will surely exceed male pay in a few years. At the same time, men without college degrees continue to lose economic ground. Adjusted for inflation, their median wage is lower than it was three decades ago.

In other words, white working-class men have been on the losing end of a huge demographic and economic shift. That’s made them a tinder-box of frustration and anger – eagerly ignited by Fox News, Rush Limbaugh, and other pedlars of petulance, including an increasing number of Republicans who have gained political power by fanning the flames.

Not even this degree of divisiveness would have taken root had America preserved the social solidarity we had two generations ago. The Great Depression and World War II reminded us we were all in it together. We had to depend on each other in order to survive. That sense of mutual dependence transcended our disagreements. My father, a “Rockefeller” Republican, strongly supported civil rights and voting rights, Medicare and Medicaid. I remember him saying “we’re all Americans, aren’t we?”

To be sure, we endured 9/11, we’ve gone to war in Iraq and Afghanistan, and we suffered the Great Recession. But these did not not bind us as we were bound together in the Great Depression and World War II. The horror of 9/11 did not touch all of us, and the only sacrifice George W. Bush asked was that we kept shopping. Today’s wars are fought by hired guns – young people who are paid to do the work most of the rest of us don’t want our own children to do. And the Great Recession split us rather than connected us; the rich grew richer, the rest of us, poorer and less secure.

So we come to the end of a bitter election feeling as if we’re two nations rather than one. The challenge – not only for our president and representatives in Washington but for all of us – is to rediscover the public good.

Reich is on solid ground in pointing out the fracturing of America into two camps and within each of those camps itself.   Moderate Republicans fear and often bow to the radical Tea Party contingent stoked from the sidelines by the Limbaugh/FOX brigade and the big money forces.  It took the devastation of Hurricane Sandy to breathe life, however briefly, into the bipartisanship of Obama and Christie, Obama and Bloomberg.

Like it or not, the stresses of the 21st century, climate change foremost among them but still just one, will require great societal cohesion if they're to be met.   America's current and widening 50/50 split may be a formula for disaster for the nation state.
Posted by The Mound of Sound at 8:28 AM

Reich writes of how his father -- a Republican -- and his mother -- a Democrat -- lived comfortably under the same roof.

As a kid I remember my parents going off to vote and my mother asking why they bothered because they always canceled out each other's vote.

May I suggest Colin Woodwards American Nations, this war between cultures is nothing new its been going on for a better part of 400 years. The most addicting book ive read in awhile.