What We're Really Fighting Over at Doha 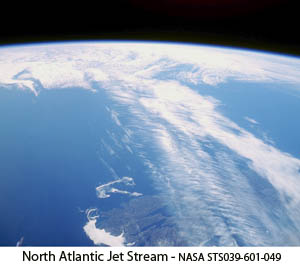 Yes, you're right, it's carbon emissions we're fighting over at Doha but perhaps not in the way you imagine.

We, in the developed world, are fighting for our our continued domination of the atmosphere and the preservation of our monopoly on its remaining carbon-carrying capacity.

It's a simple question of mathematics.   In recent years we've learned a really critical fact - the amount of carbon dioxide our atmosphere can carry if we are to avoid blowing straight through the estimated 'survivable' limit of 2 degrees Celsius planetary warming.   The idea is, once we go through 2C, we set in motion natural feedback mechanisms (think methane release from the permafrost) that will trigger runaway, catastrophic (i.e. civilization ending) global heating.    (Isn't it curious how, in recent years, the "feedback mechanism" issue has been almost erased from the climate change debate?)

So, if we know how much CO2 is already in the atmosphere and we know just how much more the atmosphere can take before we hit the point of no return then you subtract A from B to get C, the emissions volume we have remaining.   The question then becomes "who gets C?"

We in the developed world have contributed the overwhelming share of existing atmospheric carbon.   Yet the Third World isn't clamoring for our heads, not yet.   In fact, they're willing to let bygones be bygones but (and you know there's always a "but") they want the remaining carbon quota allocated on an equitable, per capita basis.   They want the atmosphere treated as a commons to be shared equally around the world.

Whoa, not so fast little man.  Why if we were to share the atmosphere with you that would cause no end of problems, for us at least.  In case you haven't heard, we're broke.   Not broke as in the sense you're shit-out-of-luck broke, praise the Lord for that, but still broke in our sense.  And if we were to share that atmosphere with you that would mean we would either have to shut down our economies, stat, or buy your carbon quotas and that would lead to carbon taxes of one form or another and it would drive down the fossil fuel industry, our patron, and, well, it'd be a mess - for us.   And did we mention we're broke?

And that, in a nutshell, is the back story that ensures there'll be no meaningful breakthrough agreement at Doha just as agreement has eluded every climate summit before it.   We won't do it, perhaps we can't.
Posted by The Mound of Sound at 7:38 AM

I recall an interesting story on the Care 2 newsboard some time ago. In it, updating of pollution controls in developed countries was much more stringent and resulted in noticeably cleaner exhaust emissions. But that's not what is on the table. In fact, carbon credits would enable a trading scheme which would offer an alternative to updating pollution controls.
It might be a poor time to both tax oneself during economic recession and invoke relative higher tax on imports/exports. Tax also reduces funds available to adapt to climate variation! Ask the Aussies their reaction to the taxes put on them over vehement objections.
I know. 'We must do something.' Fine. First ask how one can scientifically predict the future. That is what 'climate projections' are : computer gaming scenarios...which would be lovely models of exploration of drivers of change. Predictors of same ? No way.
We do in fact know that climate is a political football with a history of public scaremongering.
http://fabiusmaximus.wordpress.com/2010/06/27/18115/
http://pielkeclimatesci.wordpress.com/category/advocacy-masking-as-science/
http://johnosullivan.wordpress.com/2012/11/13/28-gate-bbc-crisis-deepens-in-exposure-of-rigged-and-unlawful-climate-policy/
http://butnowyouknow.net/those-who-fail-to-learn-from-history/climate-change-timeline/